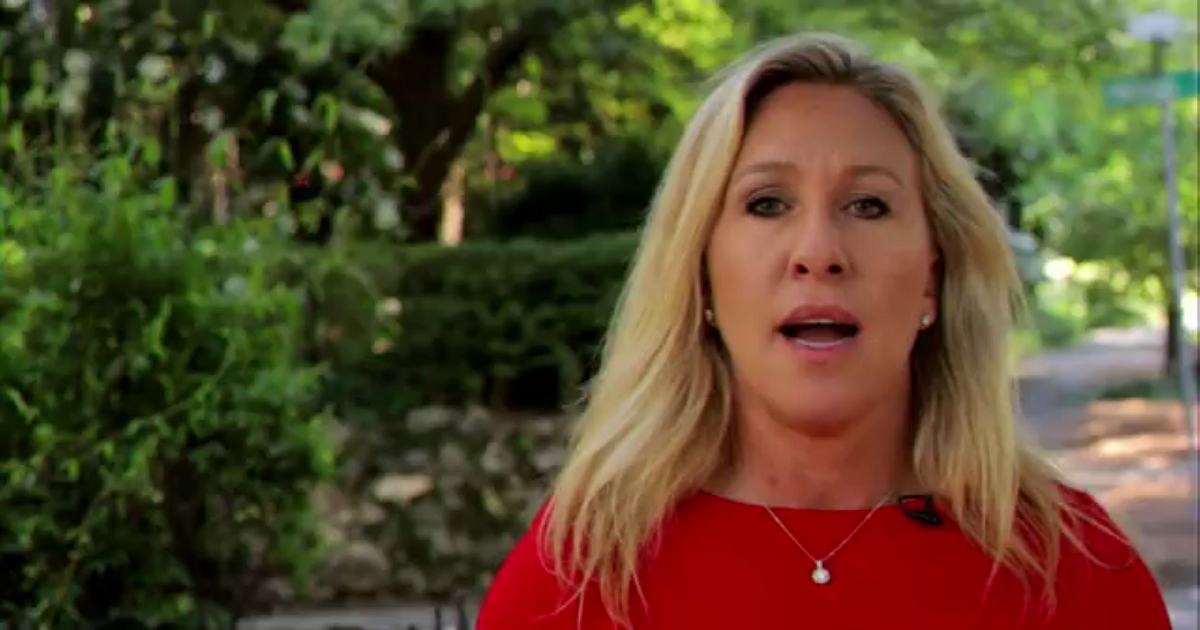 Tuesday night, Marjorie Taylor Greene came first in the Republican primary for Georgia’s 14th congressional district. That information alone would ordinarily be unlikely to make news beyond local media in the northwest corner of the Peach State, but Greene’s enthusiastic support for the bizarre online conspiracy theory known as “QAnon,” among other extremist views, makes her potential victory this fall noteworthy.

Folks, a QAnon supporter is probably going to Congress: Marjorie Taylor Greene, who extensively supports QAnon, came in 1st in her primary yesterday by a wide margin & will go a runoff in August. She’s likely favored in the runoff & then in November in this very GOP district. pic.twitter.com/AhLuX2aozV

Greene won almost 41 percent of the vote in the crowded primary field of nine candidates, falling below the 50 percent + 1 cutoff needed to avoid a runoff, but she more than doubled the votes of her nearest competitor and multiple news sources confirm she is favored to win the runoff. The seat is open after current Rep. Tom Graves opted not to run for re-election.

The district, added after Georgia’s population grew in the 2010 Census, is heavily Republican: voting for Mitt Romney over Barack Obama 73.2 percent to 25.3 percent in 2012, and favoring Donald Trump over Hillary Clinton 75 percent to 22.1 percent in 2016. Thus, whoever wins the primary is all but guaranteed to be elected to Congress in November.

The sole Democratic challenger, Kevin Van Ausdal, has barely $1,000 cash on hand according to local news reports. Greene, on the other hand, had the financial ability to give her campaign a $700,ooo personal loan. She spent more than a $1 million for the primary so far and still has about $170,000 cash on hand for the runoff.

Greene has attracted attention for both her photos highlighting her blonde hair and athletic figure, and her controversial comments.

“Save America, Stop Socialism,” reads the slogan featured on many of her posts, and Greene has described herself as “100% pro-life, 100% pro-gun, and I’m the strongest supporter of President Trump and always have been.” That by itself hardly raises eyebrows –they’re common enough sentiments among Republican primary voters — but Facebook recently removed a video she posted that showed Greene holding an AR-15 rifle and warning Antifa to “stay the hell out of northwest Georgia.” Greene slammed Facebook’s decision as “defending terrorists.”

Last month, the Atlanta Journal Constitution reported that Greene, along with other Georgia Republicans, had been photographed posing alongside Chester Doles, a resident of Dahlonega, Georgia described as a “longtime white supremacist activist” who has “longstanding ties to numerous white supremacist organizations, including the National Alliance and Hammerskins, a racist skinhead gang.”

Doles wrote a post back in March praising Greene and her support for QAnon. “Our friend Marjorie Greene is running for Congress,” he wrote. “She’s part of the Q movement. Good friend to have.”

Greene’s campaign refused to respond to the AJC’s questions about the Doles photo, denouncing their questions as “silly and the same type of sleazy attacks the Fake News Media levels against President Trump.”