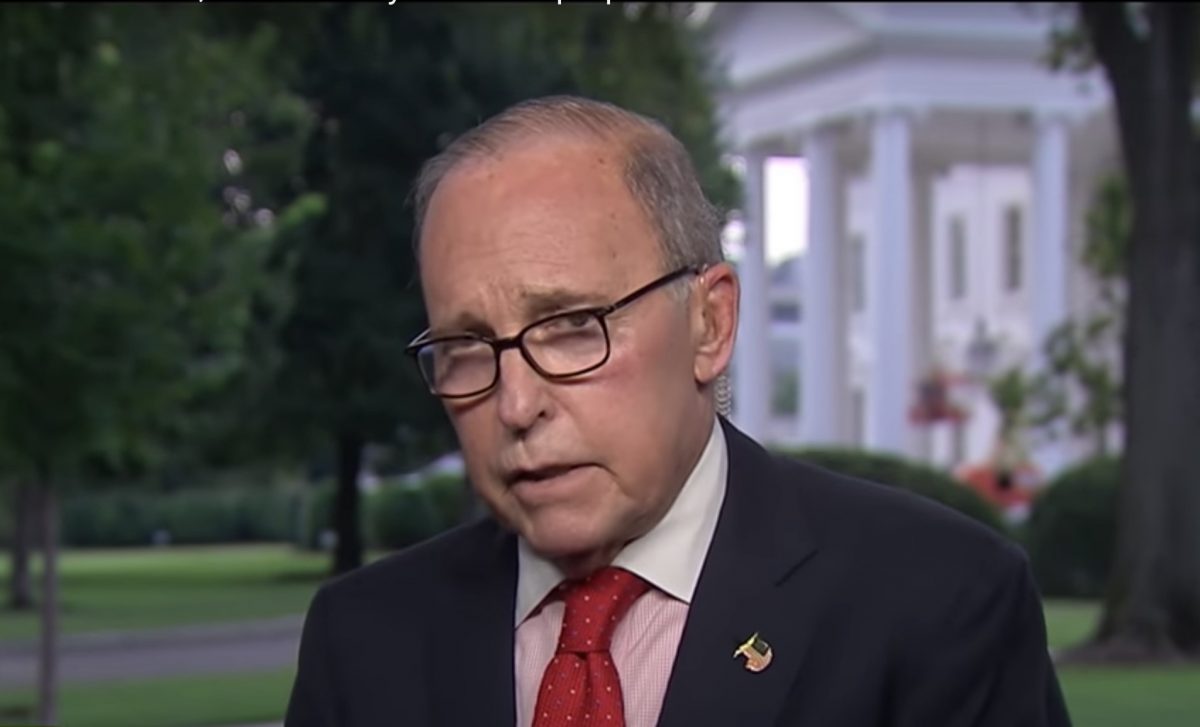 Trump advisor Larry Kudlow hosted the publisher of a white nationalist website at his home over the weekend, according to a Washington Post report.

Just one day after President Donald Trump‘s speechwriter Darren Beattie was fired from the White House after a CNN inquiry into his attendance at the 2016 H.L. Mencken Club conference —  a conference frequented by white nationalists —  Kudlow hosted Peter Brimelow, a publisher of white nationalist content, at his birthday bash.

Brimelow was not only in attendance at the same H.L. Mencken Club conference as Beattie, he was also on the same panel.

Brimelow, who once wrote for such outlets as Dow Jones and National Review, has for the past two decades devoted himself to an anti-immigration site known as Vdare.com.

Yet, he has in the past rejected the label “white nationalist but has admitted his anti-immigration site, “certainly publish a few writers I would regard as ‘white nationalist’ in that they stand up for whites just as Zionists, black nationalists do for Jews, blacks, etc.”

When asked about Brimelow attending his birthday bash, Kudlow called Brimelow someone he has known “forever.”

He did, however, say that if he had known about Brimelow promoting white nationalism, he would have reconsidered.

“If I had known this, we would never have invited him,” Kudlow told WaPo. “I’m disappointed and saddened to hear about it.”

He added that this was“a side of Peter that I don’t know, and I totally, utterly disagree with that point of view and have my whole life. I’m a civil rights Republican.”

He also said Brimelow’s controversial stance has never come up, even though he’s been attending his parties for years.