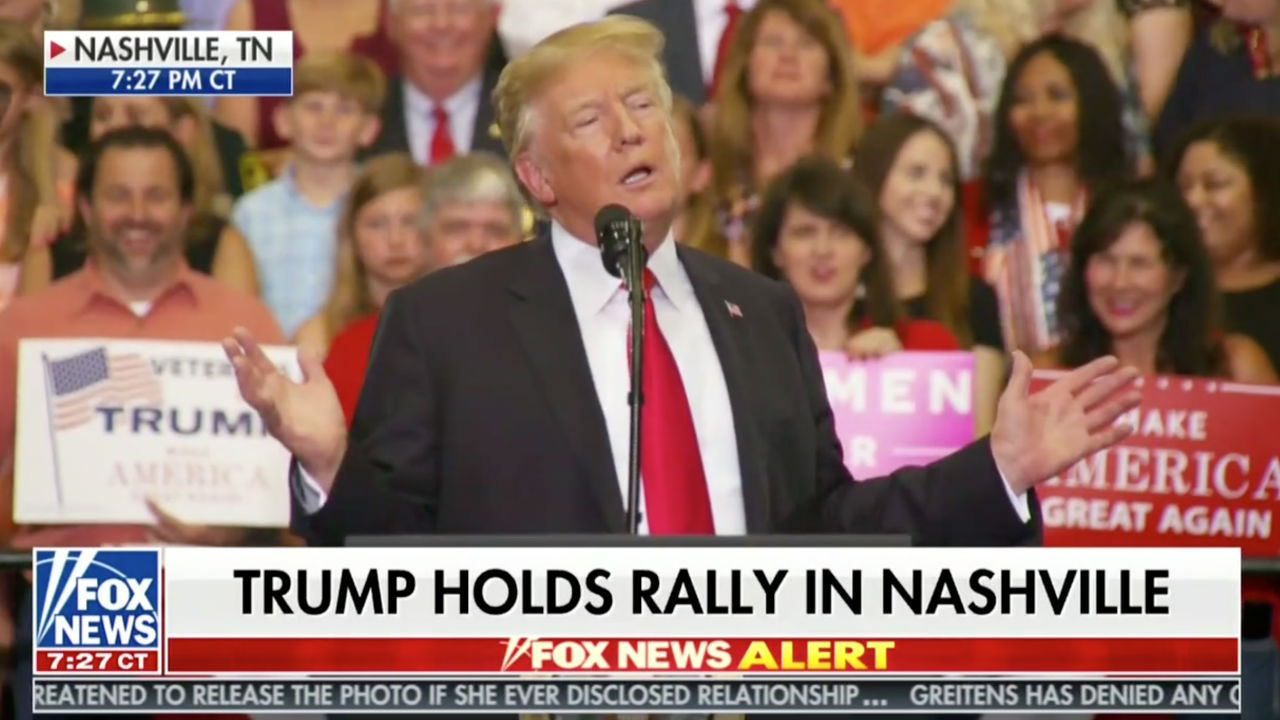 Donald Trump unleashed on the “failing and corrupt” New York Times on Twitter a few moments ago on one of his, and his base’s, favorite subjects: How size matters.

Trump had a rally in Tennessee last night and he disputes the crowd estimate from the paper. It’s a fight he has had with the media many times.

The Failing and Corrupt @nytimes estimated the crowd last night at “1000 people,” when in fact it was many times that number – and the arena was rockin’. This is the way they demean and disparage. They are very dishonest people who don’t “get” me, and never did!

The article Trump is referring to says that Trump “worked his audience of about 1,000 into a frenzy” over MS-13.