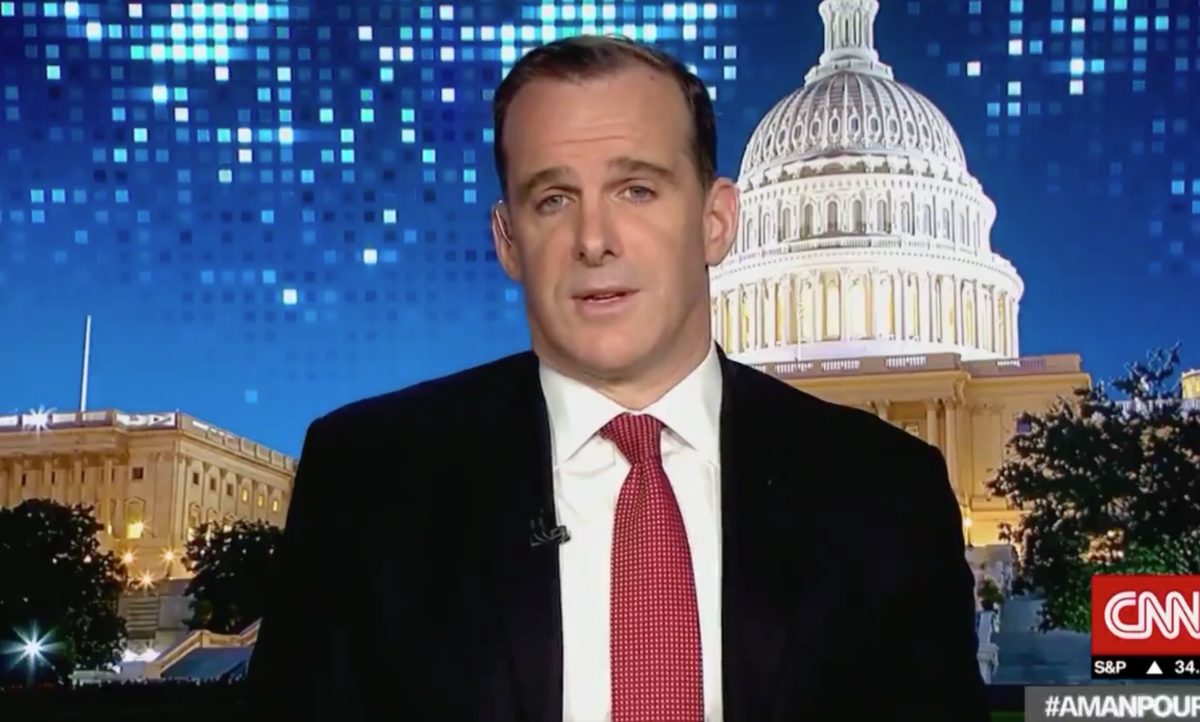 Brett McGurk, President Donald Trump’s former special envoy on ISIS, slammed the president for announcing that the U.S. is withdrawing troops from Northern Syria, which will leave America’s Kurdish allies in a compromised position.

The White House said in a statement on Sunday night that in a call between Trump and Turkish President Recep Tayyip Erdoğan, the U.S. president gave his approval to a Turkish military operation in Northern Syria. The statement says American forces “will not support or be involved in the operation, and United States forces, having defeated the ISIS territorial ‘Caliphate,’ will no longer be in the immediate area.”

The statement says Turkey “will now be responsible for all captured ISIS fighters in the area captured over the past two years,” many of whom are being handled by Kurdish militias. Kurdish forces are deemed a terrorist group by Turkey, but have been instrumental in the U.S. fight against ISIS.

McGurk, who resigned amid Trump’s previous attempt to pull troops out of Syria, has unleashed a devastating response to the president’s decision — which he wrote “demonstrates a complete lack of understanding of anything happening on the ground.”

McGurk pointed out that contrary to Trump’s statement, the United States is not holding any ISIS fighters. They are being held by Kurdish forces — who are part of the S.D.F. — which “Trump just served up to Turkey.”

“Bottom line: Trump tonight after one call with a foreign leader provided a gift to Russia, Iran, and ISIS,” he concluded.

The WH statement tonight on Syria after Trump spoke with Erdogan demonstrates a complete lack of understanding of anything happening on the ground. The “United States” is not holding any ISIS detainees. They are all being held by the SDF, which Trump just served up to Turkey. pic.twitter.com/vYr7j0q6mR

The Turkish proposed “safe zone” would effectively extend Turkey’s border 30km into Syria, including areas of Christians, Kurds, and other vulnerable minorities. Our diplomats were working on a plan to forestall such a debacle. Where’s Pompeo?https://t.co/t2EMqoTqHk

Trump made a similarly impulsive decision when I was managing the policy. I resigned over it and stand by every word in this op-ed. Tonight is a sad replay but seems even worse as US officials had since convinced the SDF that we planned to stay. https://t.co/LL7Jaf2CIB

Bottom line: Trump tonight after one call with a foreign leader provided a gift to Russia, Iran, and ISIS. FWIW, I warned of this here in @ForeignAffairs — and recommended alternatives given the hard realities on the ground and in this White House. https://t.co/QHYzI7dgEi