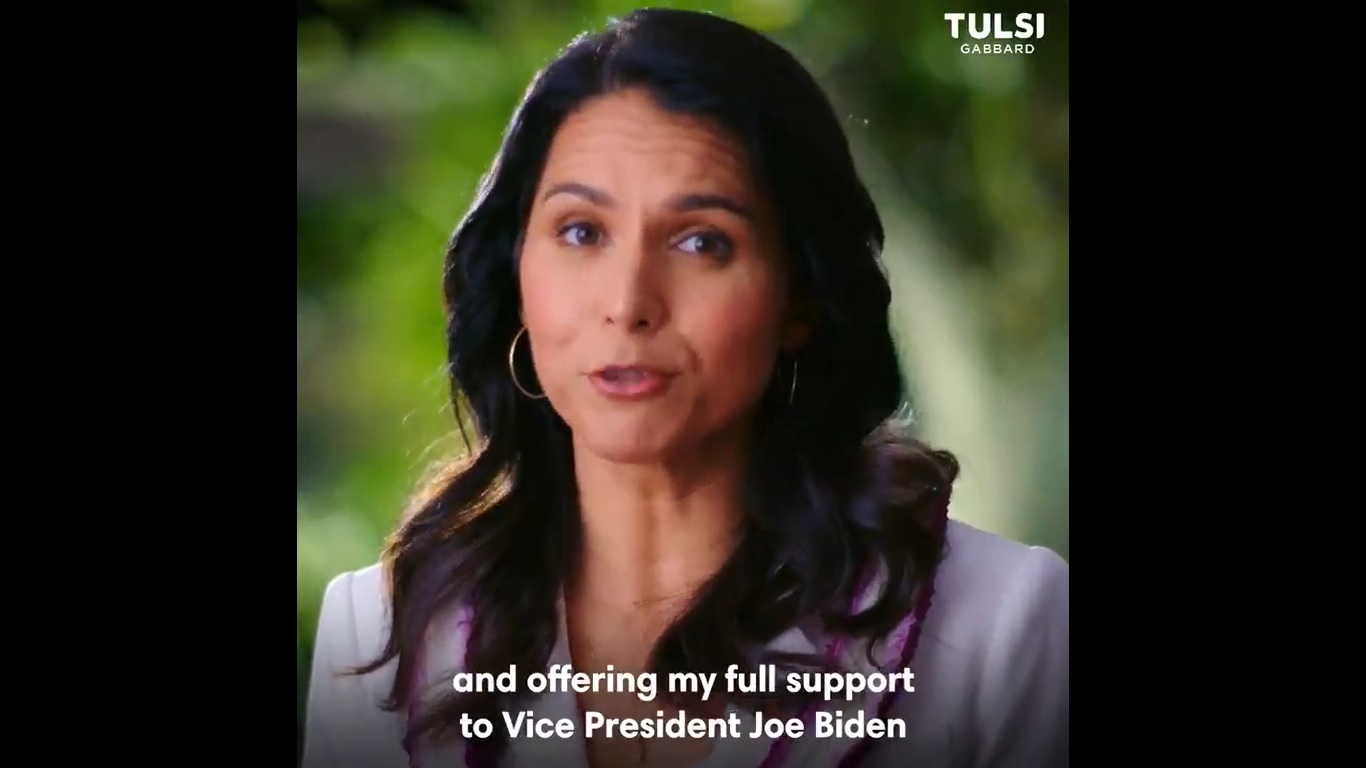 “After Tuesday’s election, it’s clear that Democratic Primary voters have chosen Vice President Joe Biden to be the person who will take on President Trump in the general election,” declared Gabbard. “I know Vice President Biden and his wife, and I’m grateful to have called his son Beau a friend who also served in the National Guard.”

“Although I may not agree with the Vice President on every issue, I know that he has a good heart and he’s motivated by his love for our country and the American people. I’m confident that he will lead our country guided by the spirit of aloha, respect, and compassion, and thus help heal the divisiveness that has been tearing our country apart,” she continued, before announcing, “So today I’m suspending my presidential campaign and offering my full support to Vice President Joe Biden in his quest to bring our country together.”

Much was made during her run of whether Gabbard, who strongly criticized 2016 Democratic nominee Hillary Clinton, would attempt to mount some sort of spoiler third-party run, but her strong endorsement of Biden will put those suggestions to bed.