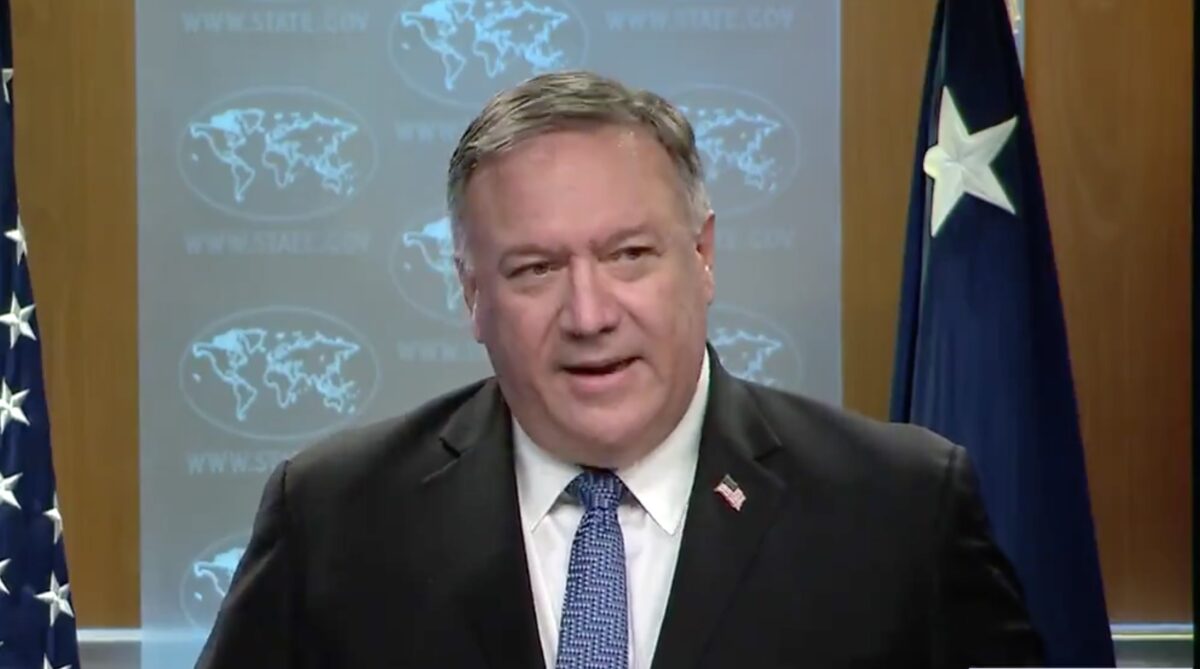 In a Tuesday press conference, Pompeo was asked what is State Department doing to prepare a transition of power to Biden’s upcoming administration. Pompeo’s answer: “There will be a smooth transition to a second Trump administration.”

The presser went on with Pompeo facing questions of whether Trump’s refusal to concede discredits the State Department’s efforts to urge foreign nations to hold free and fair elections and honor the results. Pompeo answered by snapping at the reporter for the “ridiculous” question.

Trump and his allies continue to mount their legal challenges against the 2020 results, but have yet to produce any evidence for their claim that the election was corrupted by rampant voter fraud. In the meantime, multiple foreign leaders have accepted the results, and they’ve reached out to Biden in order to discuss America’s relationship with the world once he is sworn into office.

Pompeo’s remarks drew instant notice among political circles, and whether he was making a flippant remark or being serious, the top U.S. diplomat is being torn apart for his seeming disrespect to the election results.

This will not be remembered well by history. Nor should it be. https://t.co/IBVnI2xeyS

I honestly can’t believe a figure like the Secretary of State would say something as corrosive as this. This is hugely damaging to US interests around the world—and gives aid and comfort to our adversaries.

Are we supposed to humor this, too? Perhaps we’re expected to humor Trump through a second and third term? If your response is less than outrage, you haven’t been paying attention to what these people are capable of. https://t.co/7EoDqvQBJU

They have 10 more weeks to do this pointless, deliberately provocative nonsense for the benefit of the lib owners on social media, so I guess they’re making the most of it. https://t.co/zRw86Ent6v

This would be an inappropriate joke two weeks ago. Now, it’s far worse. https://t.co/ge7x2ACU1d

“The world is laughing at us,” a certain president once said. https://t.co/0YJOO4g1ee

He wants to run for president and will need Trump supporters to stand any chance: Of course he’s going to stay loyal to the end. https://t.co/xxnrC13sIg

Another take. I think it’s an in between – a joke that never requires him to acknowledge the legitimacy of Biden’s presidency https://t.co/qj1K7DjuRz

There is no rational argument that Trump won. People who suggest otherwise deserve ridicule, not reasoned rebuttal. When people feel embarrassed to make this claim, fewer people will make it. I appreciate Pompeo moving us closer to that point in the discourse.