WATCH: Brits Shocked to Hear Costs of Healthcare in US: 'So If You're Poor, You're Dead'

Watch Brits Get Shocked By Costs of Healthcare in US: ‘So… If You’re Poor, You’re Dead’ 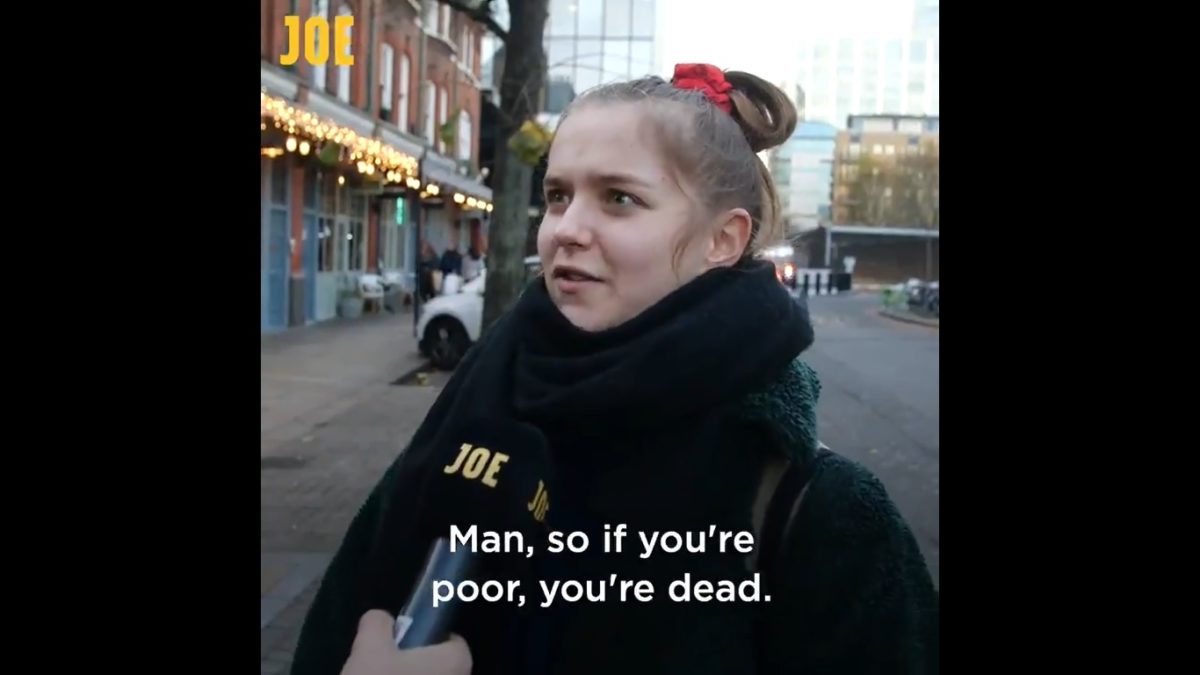 Brits expressed their shock after being told on camera how much healthcare in the United States costs in a video that went viral this week.

UK media outlet JOE interviewed Brits on the streets of London, asking them to guess how much it costs for various health procedures and products in the United States.

Our NHS is not for sale, @realDonaldTrump pic.twitter.com/q9z4r6Ni6g

After one man was asked how much he thinks it costs for an ambulance call out, he replied, “Zero payment.”

“No, 2,500 dollars,” the interviewer declared, as the shocked man responded, “For real?”

None of the Brits managed to guess the costs correctly, and typically made guesses that were far below the actual value.

“Literally the gift that keeps on giving. Literally, literally, people are so dumb for taking advantage of it and I don’t want it to change,” claimed one Brit, while another commented, “I didn’t know how much free healthcare we got like just of the bat, but like knowing you have to pay like $30,000 for a child, it’s outrageous. It really is ridiculous. So thank you NHS for all your hard work. ”

Another Brit noted that she realized healthcare in the United States was expensive, but “didn’t realize how expensive.”

“If you don’t have money you’re fudged,” she said, before yelling, “Fuck Trump!”

Critics of the Conservative Party in the UK, including Labour Party leader Jeremy Corbyn, currently allege that Prime Minister Boris Johnson is trying to “sell” the NHS to President Trump– an allegation which President Trump denies.

Jeremy Corbyn has exposed Boris Johnson’s lies. The Conservatives have spent two years speaking to the US about a trade deal with Donald Trump. Think Boris Johnson won’t sell the NHS? This will make you think again. https://t.co/PrfPCIuI8b

Jeremy Corbyn has just revealed 451 pages of unredacted official government documents which confirm that NHS services would be on the table as part of UK/USA trade negotiation. The documents clearly show that Boris Johnson is trying to sell our NHS to Donald Trump.