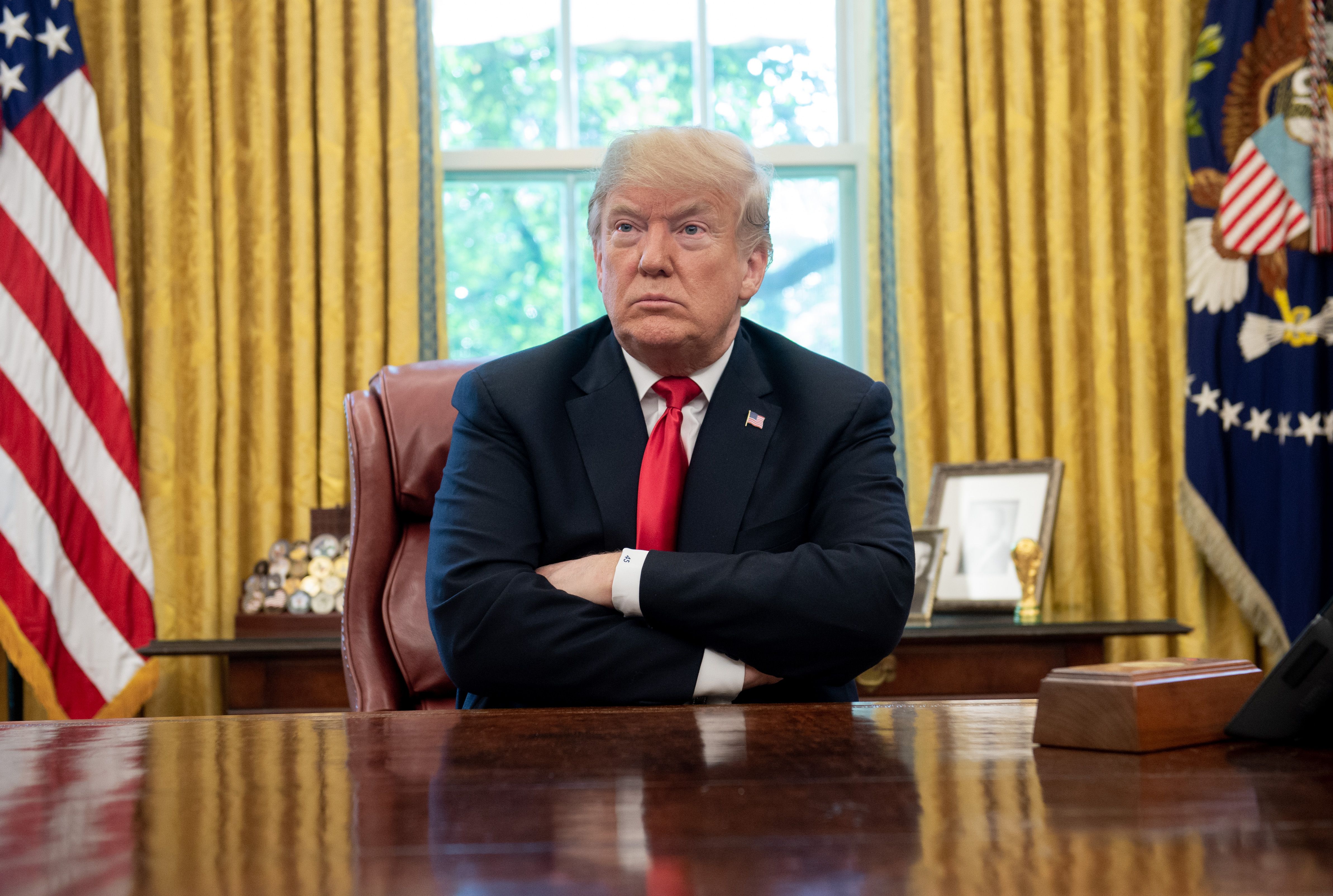 Following the testimony of intel chiefs to congress on Tuesday, President Donald Trump and his team have been scrambling to minimize the appearance of discord at the top levels of national security, as well as to assert his own expertise over that of his chiefs. But according to the Daily Beast’s reporting, that’s not all: hH also declined their briefing Thursday in apparent dissatisfaction.

Noting that Press Secretary Sarah Sanders simply stated “It was moved” when asked about the meeting, The Daily Beast reports that the sudden cancellation was unusually abrupt, or “outside the norm,” as they put it.

Not to mention that it came around the time on Wednesday that Trump was blasting the chiefs on Twitter.

The Intelligence people seem to be extremely passive and naive when it comes to the dangers of Iran. They are wrong! When I became President Iran was making trouble all over the Middle East, and beyond. Since ending the terrible Iran Nuclear Deal, they are MUCH different, but….

On Thursday afternoon, Trump said that the press was misrepresenting what both Director of National Intelligence Dan Coats and CIA Director Gina Haspel said in the open session of congress, for which video is easily available. (On CNN Thursday night, anchor Erin Burnett roasted Trump over that claim.)

The Daily Beast reports that secretary Sanders “did not go into further detail as to why [the meeting was abruptly cancelled] and did not respond to follow-up inquiries.”