Trump Reportedly Blew Up at Bill Barr Over Election Claims

‘You Must Hate Trump’: President Reportedly Blew Up at Barr for Telling Him Stolen Election Claims Were All ‘Bullsh*t’ 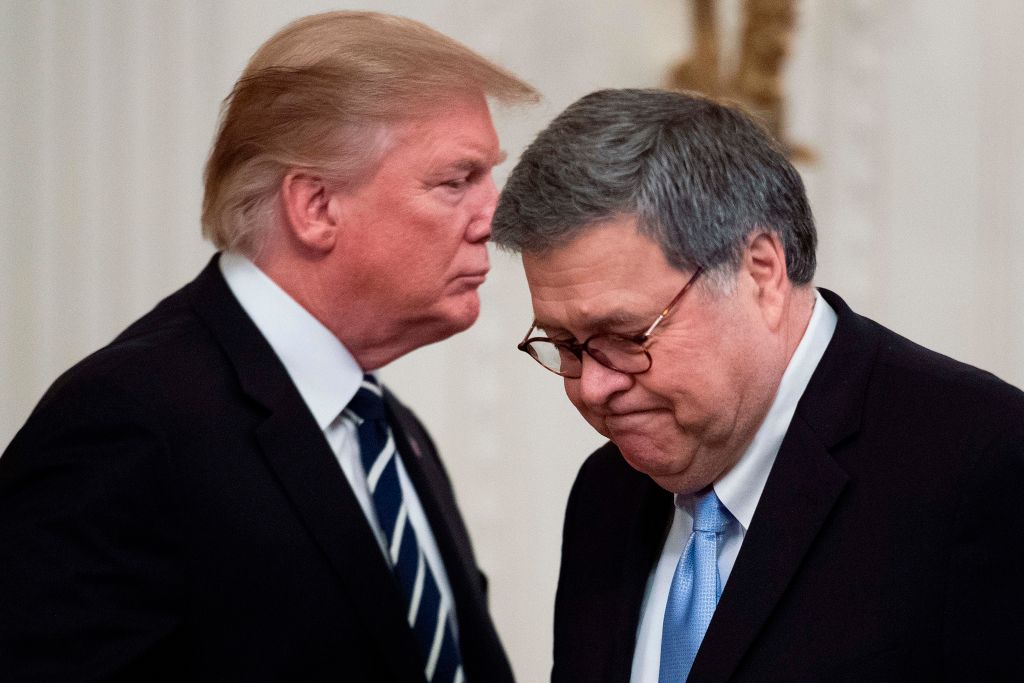 A new report goes into extensive and stunning detail about how the relationship between President Donald Trump and Attorney General Bill Barr deteriorated throughout 2020.

Axios’ Jonathan Swan reported that despite Barr’s public efforts to uphold his partnership with Trump, the former AG was growing increasingly “annoyed and frustrated” and frustrated with the president’s antics throughout the last half of the year. Barr seemingly tried to avoid Trump for months by dealing with his staffers instead, but this came to an end after the election when Trump complained that the Justice Department wasn’t doing enough to advance his unsubstantiated claims that the contest was “rigged.”

Barr was reportedly “furious” by Trump’s comments, and shortly afterward, he gave his first remarks about how the DOJ has seen no evidence that mass fraud altered the election results. The comments were released as Barr was about to meet with Trump at the White House in early December, and the president was “fuming” over this as the meeting got underway.

Barr responded by telling the president that the DOJ looked into the major fraud claims that Trump’s lawyers were running with, and found that “it’s just bullsh*t.”

“These things aren’t panning out,” Barr said. “The stuff that these people are filling your ear with just isn’t true.”

The report also delves into other disagreements between Trump and Barr, several of which arose over how the administration should deal with national protests over the death of George Floyd. In one Oval Office meeting, Trump demanded Barr’s help with a federal crackdown on violent rioters, but Barr stood against the president’s ideas of military intervention.

Trump grew more and more frustrated, but Barr pushed back harder, standing his ground in front of everyone in the room. He was ready, willing and able to be strong, he said. But, he added, we also have to be thoughtful.

What would these soldiers do, Barr pointed out. Just stand around and get yelled at? Trump didn’t care. We look weak and this is hurting us, he ranted. Then he slammed his hand on the Resolute Desk.

“No one supports me,” Trump yelled. “No one gives me any fucking support.”

Trump got up and stormed out of the Oval Office to his private dining room, leaving Barr and the others behind. Barr glanced over at a red-faced White House chief of staff, Mark Meadows, and joked, “Well that went well.”

The report goes on with details about how Barr resigned as attorney general when his relationship with Trump was growing unsustainable, and he wanted to avoid a public blowup between them as he departed.