Yovanovitch: State Dept. Called Sean Hannity to Ask if Giuliani’s Allegations Against Me Were True 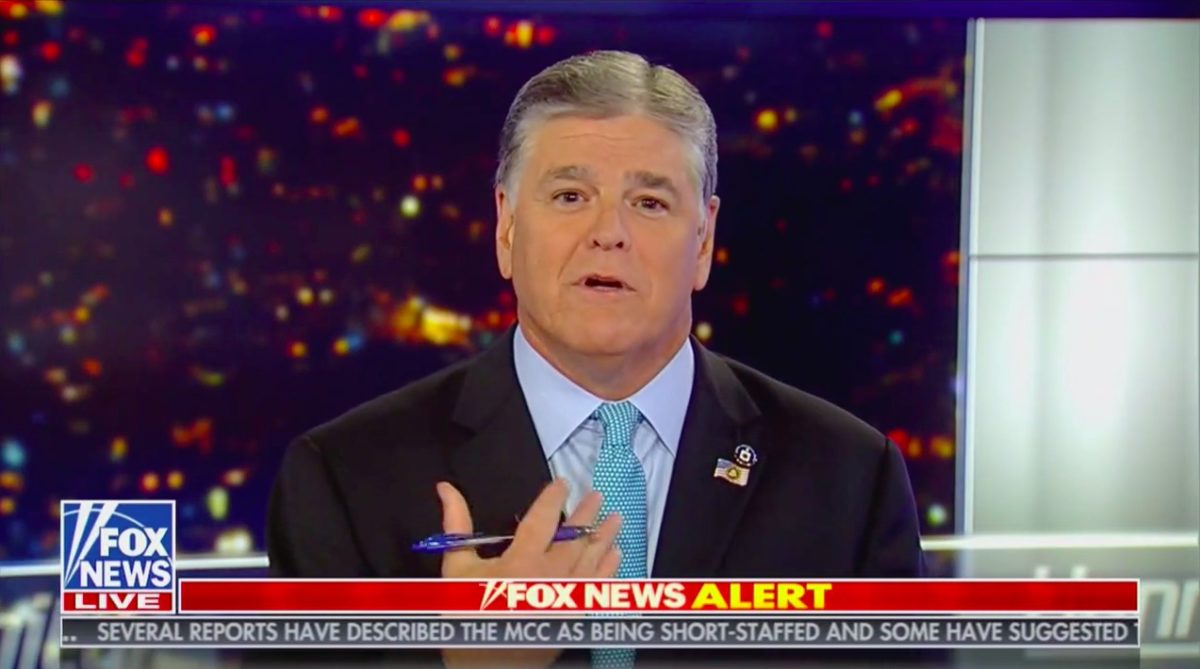 The transcript of Marie Yovanovitch’s testimony in the Donald Trump impeachment inquiry contains her claim that someone at the top of the State Department decided to contact Fox News host Sean Hannity as part of the decision-making about her fate.

The release of testimony from the former U.S. Ambassador to Ukraine elaborates on how Trump pulled Yovanovitch from her job over “unfounded and false claims” advanced by Rudy Giuliani amongst others. The inquiry transcripts show that Yovanovitch was told to praise Trump if she wanted to secure her job, and even though Amb. Michael McKinley, a senior aide to Mike Pompeo, drafted a statement to back her up, the Secretary of State pulled the plug on it.

Page 117 shows that as Yovanovitch spoke about being recalled from her post, Congressman Adam Schiff (D-CA) asked if she ever found out Pompeo’s position regarding the attacks Giuliani lobbed against her. That’s when she shared her claim that Pompeo or some other high-ranking State Department official called Hannity to ask if these attacks on her had any merit:

Yovanovitch: What I was told by Phil Reeker was that the Secretary or perhaps somebody around him was going to place a call to Mr. Hannity on Fox News to say, you know, what is going on? I mean, do you have proof of these kinds of allegations or not? And if you have proof, you know, telI me, and if not, stop.

And I understand that that call was made. I don’t know whether it was the Secretary or somebody else in his inner circle. And for a time, you know, things kind of simmered down.

Schiff: I mean, does that seem extraordinary to you that the Secretary of State or some other high-ranking official would call a talk show host to figure out whether you should be retained as ambassador?

Yovanovitch: Well…I’m not sure that’ s exactly what was being asked.

Schiff: Well , they were asking if what basis they…was Hannity one of the people criticizing you?

Schiff: So some top administration official was going to him to find out what the basis of this Fox host was attacking you for?

Schiff: And did you ever get any readout on what the result of that conversation was?

Yovanovitch: No, I didn’t, although I was told that it did take p1ace.