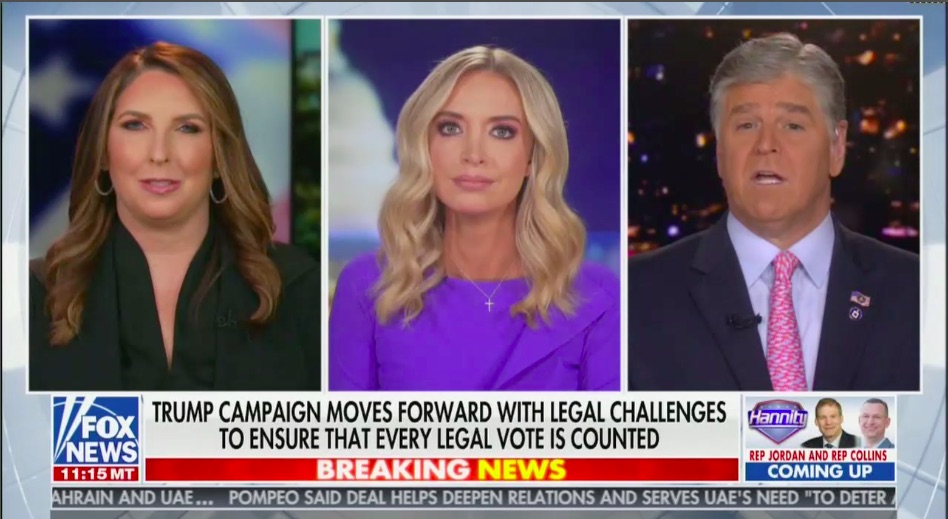 Fox News swept the top three spots in cable news on Tuesday, mounting a strong comeback victory after CNN had scored several primetime wins recently in the coveted 25 – 54 age demographic. CNN did, however, keep its streak alive in total day ratings in the demo.

Fox’s prime-time win was powered by a strong performance by Hannity, which led all of cable news with 1.36 million viewers in the demo (5.19 million in total) after President Donald Trump teased earlier in the day that “ballot corruption will be exposed” on the show. (Trump’s claims, in fact, were highly underwhelming.) Tucker Carlson Tonight and The Ingraham Angle effectively tied for second with 903,000 and 904,000 viewers, respectively, in the demo, although Carlson posted much stronger total audience numbers, 4.69 million to 3.81 million.

Fox News eked out a total day victory, though, in a highly competitive race among total viewers. Its 2.11 million mark just edged out MSNBC’s 2.09 million and CNN’s 1.94 million to claim the crown in overall viewers across the day on Tuesday.