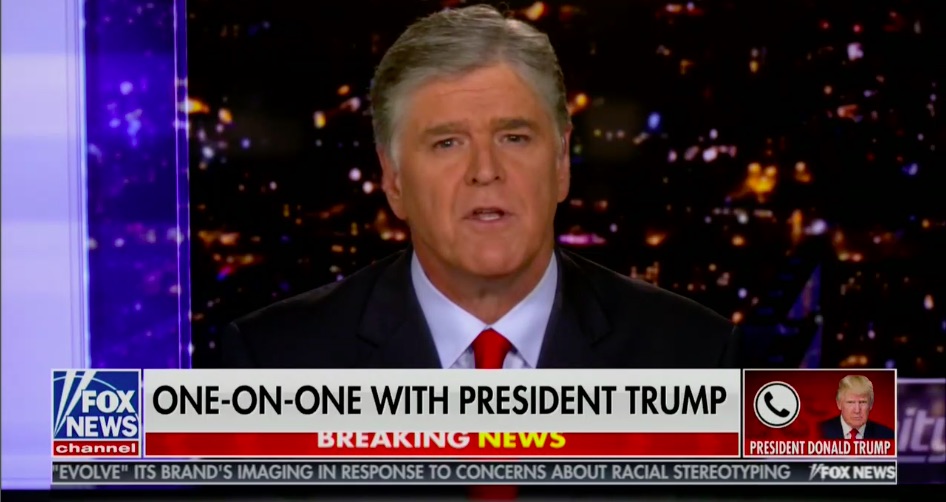 Fox News soared in primetime on Wednesday, thanks to a live, phone interview with President Donald Trump on Hannity, which propelled it to the top-rated program in all of television. During daytime, however, CNN swung back to a win in coveted 25 – 54 age demographic after a week where Fox News had topped the depart.

The president, as he occasionally does, called in to vocal supporter and Trump confidante Sean Hannity’s show and his wide-ranging conversation made news by bashing his former National Security Advisor John Bolton as “washed up.” The high-profile   interview boosted Hannity‘s ratings to 878,000 in the demo and 4.53 million in total viewers, according to Nielsen Media Research. Hannity’s 8:00 lead-in, Tucker Carlson Tonight, and 10:00 successor, The Ingraham Angle, also seemed to benefit from the build-up to Trump’s appearance, as both programs were the second and third-highest rated cable news shows and posted above-average numbers in the demo, 756,000 and 713,000, respectively. Hannity’s gain also seemed to have an enervating effect on its MSNBC rival, The Rachel Maddow Show, which posted some of its lowest ratings in months, with just 380,000 in the demo and 2.62 million in total.