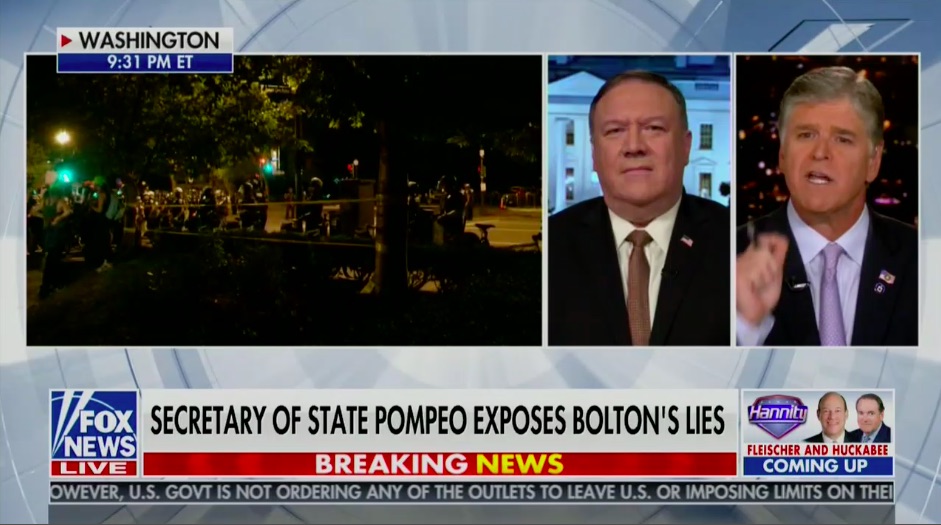 On Monday, Fox News’ Hannity surged to massive ratings, pulling in nearly 4.5 million viewers overall and more than 900,000 in the coveted 25 – 54 age demographic. That performance pushed the network to dominant victory across primetime in both total and viewers in the demo. Meanwhile, CNN continued its streak of carve out a win in the weekday daytime demo, thanks to strong afternoon ratings by CNN Newsroom and The Lead with Jake Tapper.

Fox News’s primetime numbers were up across the board on Monday and appeared to ride the momentum from its historic ratings on Saturday night covering Trump’s rally, which fueled the network to a powerful weekly ratings victory. According to Nielsen Media Research, Fox News soared into first-place on Monday with 4.18 million overall viewers and 842,000 in the demo, far outdistancing its rivals CNN (1.79 million; 494,000) and MSNBC (2.77 million; 420,000). In addition to the big audience for Hannity, which featured an interview with Secretary of State Mike Pompeo, Tucker Carlson Tonight‘s ratings ballooned to 4.24 million overall and 886,000 A25 – 54 viewers. The Ingraham Angle also enjoyed a sizable ratings bump, rising to to 3.83 million in total and 736,000 in the demo.

Notably, there appeared to be a cable news spillover effect for MSNBC as well, with The Rachel Maddow Show pulling higher-than-average ratings with 543,000 in the demo on Monday (TRMS had 3.43 million in total viewers). CNN’s primetime lineup, however, fell in line with its recent numbers, as Anderson Cooper 360 and Cuomo PrimeTime both reached the 500,000 mark among A25 – 54 viewers and Don Lemon Tonight fell just short of that with 479,000.