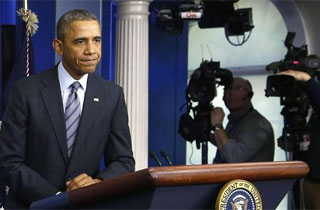 If you didn’t quite understand the words from POLITICO’s recent article depicting the White House press corps’ dissatisfaction with Jay Carney and the Obama communications team, here’s an easier way to understand it: numbers!

In a poll of sixty journalists released in its Media Issue, POLITICO found that 61% believed that the White House should change the format of press briefings. “More candor, less talking points,” said one anonymous journalist. “No more serial interviews by the first row. Shorter.”

Even the 23% of the respondents who liked the current form of press briefings admitted that it was more for the “theatrics” than it was for actually getting news. “We need some theatrics to measure the political climate,” explained another.

If these numbers don’t do it for you, POLITICO has a handy inforgraphic below. (Pictures!)