About That Lending Library: Notes on Book Publishing in a Socially Networked World

About That Lending Library: Notes on Book Publishing in a Socially Networked World 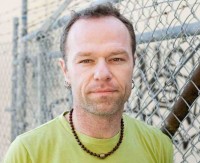 A few months ago, sitting on a bunch of advance copies of my new book, The Adderall Diaries, copies that were supposed to go to well placed media outlets, I decided to start The Adderall Diaries Lending Library. My plan was to allow anyone who wanted to read an advance copy of the book the opportunity to do so, provided they forwarded the book within a week to the next reader. I didn’t realize it at the time, but what I was doing played right into the new publishing environment, an environment that is still uncharted and mysterious. A brave new democratic book world where everyone is a potential reviewer.

Since then a lot of authors (and book publicists) have asked about the program, wondering if it’s a good or bad thing to let anyone who wants to read an advance copy of your book for free. Here’s some answers for those interested in planning their own lending library.

What is it a success? Absolutely. 400 people signed up for advance copies. It enabled me to interact directly with people who read The Adderall Diaries, which is incredibly fulfilling for an author. One reader started a facebook group called “I Read an Advance Copy of The Adderall Diaries.”

The Lending Library itself got written up in a bunch of publications, which was surprising because I wasn’t doing it as a marketing stunt. I was doing it because I wanted people to read my book. But maybe that’s the same thing. I think of “marketing” as something you do for someone else. Wanting to share your art is something that predates the term and probably goes back to cave drawings.

I ended up doing a lot of interviews and people wrote reviews of the book before the book was available. HTMLGIANT even hosted a conversation about the book. Some people told me this was a bad idea. I was getting too much press at a point when people couldn’t yet purchase the book. I think the jury is still out on that. But it seemed OK to me. I was glad people were reviewing the book in advance. I figure when a book comes out people talk about it for a month, but you have four months before that happens to initiate a conversation.

When I was told I should do a large book tour, rather than going from bookstore to bookstore I sent a note to the 400 advance readers of the book. Now I’m doing a cross-country tour of readings and events primarily in people’s homes. It’s a lot less lonely, I think, to have someone responsible for your event in each town. And I’ll probably sleep on their couches (there’s no budget for hotel rooms). These are mostly people I haven’t met who liked the book enough to invite me into their homes. Hopefully none of them are crazy. They’re probably thinking the same thing about me.

Of course, I want to support local independent bookstores so often I’ll try to get the local store involved in the event. Book People, for example, is selling books at the Austin House Party September 22.

Was it worth it? That depends on what you hope to get out of it. For me it was worth it. But it’s expensive and it takes a huge amount of time. My publisher picked up the shipping costs, which came to about $800. The way the lending library was setup we paid the initial postage. But the real cost was in time. It took a lot of time to do this. I had to make a giant spread sheet (actually, a word document with a huge table). It turns out most people won’t forward the book to the next person without a gentle nudge. I didn’t realize that at first. I thought I could just send books, send addresses, and let the library run itself. But it doesn’t work that way.

Still, compared to the traditional route of sending galley copies to “opinion makers” it was very efficient. Instead of getting one read for every five books you send out I was getting five reads for every one book.

Still… you would think that if people agreed to read the book and forward it within a week that most of them would do that. Not true. Not even remotely true. I had to keep track of where the book was in the chain, notice when someone didn’t receive the book, contact members and remind them how easy it was to purchase postage online. The most common excuses for not sending the book on time were, “I’m in the process of moving” and “I’ve been out of town.” My favorite was the person who requested a book and then volunteered for a three month stint with the forest service.

But hey, nobody’s perfect. I once robbed a comic book store.

Ultimately, the thing you really have to ask is if you have the time to deal with this. It’s basically a customer service job. You have to field notes from people asking where the book is, then go figure it out and respond to them. It can take ten hours a week. I wouldn’t have done it if I didn’t believe in the book. I feel certain The Adderall Diaries is the best book I’ve ever written. Part true crime part memoir. It’s at once the tale of Hans Reiser a brilliant computer programmer accused of killing his wife, an investigation into a murder my father confessed to in his own unpublished memoir, and a journey into the meaning of identity. It’s filled with false confessions and thoughts on what is and isn’t knowable. But more than anything it’s a book about being a writer.

One thing to remember: If you don’t write the right book nothing will work. The reader has to connect with the work. I would advise against putting significant time and resources into a work you don’t really believe in.

Got any advice? Why yes, yes I do. If you want to do a lending library tell everyone they have to forward the book using priority mail. I didn’t realize this until after two months. This will result in far fewer lost books. It’s $4.95 as opposed to $3.07, depending on the size of the book. But it can reduce shipping time from ten days to two.

Figure the average time with a book to be closer to seventeen days, including shipping. Organize based on city and state. People should send the book to people that live close to them. Often this enables people just to hand off the book, rather than using the mail. Send everyone an email every Friday asking if they’ve received the book and forwarded it to the next person. Once someone says they’ve forwarded the book, take them off the list.

Don’t spam people. Just because they signed up to read an advance copy of your book doesn’t mean they want to hear from you every time you update your tour or get a review. It’s not cool to add people to your mailing list. I think it’s OK to send everybody in the group one email when your book becomes available and also if you’re doing a reading in their town. That’s exactly two non-lending library emails. That’s just my opinion. In those emails you could also ask them to join your mailing list, if you have one. After that you should really leave the nice people alone.

What are you doing with the galleys now that it’s over? Asking the last person with the book to mail it to someone with an income of less than $25,000 who can’t afford to buy a hardcover. When I said that I would do this almost all the copies were requested right away, but I’m still collecting addresses in case anyone wants to donate a copy of the book to someone who can’t afford their own.

Would you do it again? In a heartbeat. But I’d have to write another book first.

Stephen Elliott is the author of seven books including The Adderall Diaries and the founding editor of The Rumpus.