Author of NYT Rhodes Profile Speaks Out: ‘I Stand Behind Every Single Word’

Author of NYT Rhodes Profile Speaks Out: ‘I Stand Behind Every Single Word’ 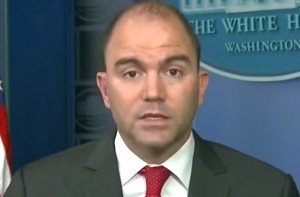 The author of a controversial New York Times profile of Obama national security advisor Ben Rhodes broke his silence Friday, writing a follow-up note for the Times standing by “every single word” he wrote.

The Rhodes profile sparked outrage from opponents and proponents of the Iran deal alike. Opponents were shocked by the frankness in which Rhodes spoke of deceiving the American public about certain aspects of the Iran deal, and how he bragged about having certain journalists eating out the administration’s hands. But Iran deal supporters and journalists were just as angry about those claims of collusion, saying they were untrue and the the piece’s author David Samuels was a neoconservative looking to trash the Iran deal.

Samuels addressed the latter’s criticism in his piece. He begins by arguing that Rhodes knew exactly who he was and what he had written before agreeing to the profile. “How do I know that? Because the White House is equipped with Google.”

Samuels denied that he was an opponent of the Iran deal at all, saying he was actually a liberal Democrat. “Rhodes wasn’t afraid of the fact that I strongly disagreed with him on specific matters of policy… He welcomed disagreement and encouraged it. He vociferously supported the president’s policies on every single issue we spoke about — and made some excellent points, some of which changed my mind about things that I thought I felt clearly about.”

“I stand behind every single word I wrote,” he wrote. “This newspaper does, too. The New York Times has looked closely at every complaint leveled against the piece and has found absolutely nothing to correct. If anything is found to merit a correction, it will certainly be corrected.”

So if Samuels claims not to have mischaracterized anyone, why did Rhodes say so many damaging things on the record? He has a theory: “…Rhodes’s motivation in allowing me to peek behind the curtain came from a disquiet he felt at the possibility, or the likelihood, that the machinery he managed so brilliantly would soon be in the hands of his successors, who might use it to do things that he thought could be quite dangerous — like goading the United States into another pointless, bloody foreign war.”