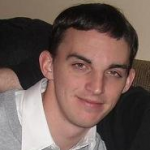 Remember when you were in high school and your English teacher made you write a paragraph, then cut it in half, and then cut in half again in an attempt to help tighten your work? Well Bill Simmons stayed up late watching Cheers the night before and skipped class that day. No one likes words more than Simmons, who, as his ESPN colleague Rick Reilly once said, might be the only columnist in history to have his column jump to another page.

But it might be just that, the tangential style that intertwines endless pop culture references with hilarious personal stories and occasionally well-researched topics, that has made him one of the most popular writers in the country today.

In his latest book, The Book of Basketball: The NBA According to the Sports Guy, you essentially get a 700 page Simmons column, complete with lists of the 96 greatest players of all time, the ten best teams in history and of course, around 1,500 words on how Kobe Bryant compares to Teen Wolf.

After reading the book in its entirety, I’m convinced of one thing: Nobody knows more about the history of basketball than Bill Simmons. At times, it reads as though he’s trying to prove that to you, particularly when he writes about the sport prior to 1975. He was born in ’69, so in those parts, he relies heavily on the hundreds of books he read to fill in what he didn’t witness firsthand.

From there, it’s vintage Simmons. For a guy who calls the year he stopped writing and smoked way too much weed the best decision he ever made, the man has a remarkable memory. He tells the laugh out loud story of how his developing love for basketball made him wish he was black (haven’t we all?). And he comes off as guy who recognizes how privileged he was to grow up in a time where he and his father could afford season tickets to some of the greatest Boston Celtics teams in history. It’s actually quite endearing.

For those who read him regularly, the book meets all expectations. He even addresses some of his longstanding beefs with certain players or coaches. Early on, he describes how Isiah Thomas, a man he crucified over the years in his column, taught him the secret of 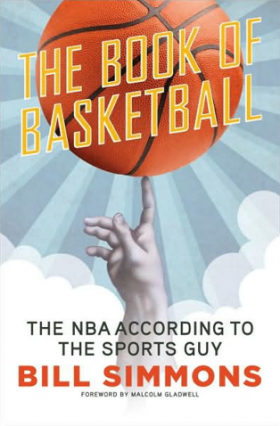 basketball. The secret is a theme throughout the book; players and teams who understood the secret were rewarded. Those who couldn’t were guys like Vince Carter, who Simmons is harder on than just about anyone who ever played, with the exception of Kareem Abdul Jabar.

While some sports writers use lists as a lazy way of mailing in a column or giving length to a book, Simmons’ top 96 players list is the central premise and unquestionably, the best part of The Book of Basketball. Spanning 338 pages, from Tom Chambers at 96 to Michael Jordan at 1, he recreates the basketball Hall of Fame the way it should be, devising a pyramid that separates the players by level of greatness.

All of it, of course, is his opinion. But he backs so much up with statistics, knowledge and his passion to persuade everyone to think exactly the way he thinks, that you have to question yourself before you start calling Simmons a homer who let all that pot get to his head. Full disclosure: The minute I received the book, I skipped to see where he listed my favorite player of all time, Allen Iverson. He has him about 30 spots higher than I expected.

From there I was sold.

And chances are, you will be too. The book isn’t without its flaws. It occasionally reads like a 700 page book might and the pop culture references will surely be out-of-date by the time Simmons’ children are old enough to read it. But he also delivers the most entertaining history of an entire sport you’ll ever read. Baseball is a sport too stuffy, too set in its ways, to have a book written like this. Football is too much team, not enough individuals.

Basketball is just right. And Simmons was the perfect author to capture it all.