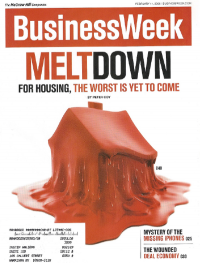 The deadline for final bids for BusinessWeek came and went yesterday, and the question on a lot of people’s minds was whether or not Bloomberg LP would bid. It’s been reported that the financial media giant expressed their interest in the troubled financial magazine very late into the process, so it’s expected that the company will get an extra couple of days to perform due diligence and decide upon its bid.

Given Bloomberg’s late entry into the fray—-its interest kindled quickly last week, and a coterie of its company executives just met with BusinessWeek management on Monday—it’s expected that the company will get an extra couple of days to perform due diligence and decide upon its bid. (Slightly extended deadlines are not wholly unusual in sales of media properties.) A spokeswoman for Bloomberg declined to comment, and a McGraw-Hill spokesman did not respond to multiple messages on Tuesday evening.

A bid is expected from private equity player OpenGate Capital, the recent buyer of TV Guide, though a spokeswoman for the company declined to comment. Executives for ZelnickMedia declined to comment, though I see that private-equity player as a likely bidder as well. The ultimate intentions of Platinum Equity and Fast Company owner Joe Mansueto, both of whom have participated in the process thus far, were opaque, at least to me, as of 10 PM Tuesday evening. (Platinum is chasing a possible deal for the Boston Globe, according to the Globe itself; a Platinum spokesman said the company does not comment on potential acquisitions.)

Bloomberg is acting much like a company intending to place a bid, but then the same was true about Bruce Wasserstein a few days ago. As (horn toot alert) first reported here earlier today, New York magazine owner and Lazard Chairman Wasserstein decided not to bid for BusinessWeek after what multiple executives described as weeks of intensive study of the magazine’s operations–which continued into early this week. He and his representatives arrived at the decision to forego a bid late last night. Warburg Pincus also elected not to bid, say executives familiar with the situation.