Can Someone Please Introduce Clive Thompson To Frank Bruni?

Can Someone Please Introduce Clive Thompson To Frank Bruni? 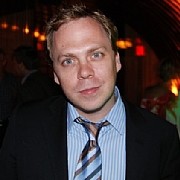 Clive Thompson makes a rather strange critique of the idea of “social contagion” in a long article published in The New York Times Magazine last Sunday.  “Is Happiness Catching?” is a look at the the work of Nicholas Christaki and James Fowler on social networks within the venerable Framingham Heart Study that has been running since 1948. They find (as Steve Sailer aptly sums up) that “happy people tend to have a lot of happy friends, unhappy people tend to have few and not very happy friends, fat people tend to have fat friends and get fat together at about the same time, smokers tend to hang out with other smokers, and so forth.”

Thompson is perplexed by the mechanism for social contagion. But the root of his perplexity seems to be an ignorance of the way people live.

Here’s the crux of his challenge:

“But how, exactly, could obesity or happiness spread through so many links? Between one immediate peer and another, some contagious behaviors — like smoking — seem pretty commonsensical. If lots of people around you are smoking, there’s going to be peer pressure for you to start, whereas if nobody’s smoking, you’ll be more likely to stop. But the simple peer-pressure explanation doesn’t work as well with happiness or obesity: we don’t often urge people around us to eat more or implore them to be happier.”

If Thompson really believes we don’t urge others to eat, he should go down the hall and chat with Frank Bruni, who has just written Born Round: The Secret History of a Full-time Eater,  that is partly about the social contagion of eating. Or, I guess, Thompson could just pick up the New York Times Book Review to get the quick version:

Bruni’s self-consciousness about his weight — and his fixation on food — began early, during a childhood in New York’s Westchester County. “I was a baby bulimic.” His mother’s WASP reserve crumbled “in the face of Grandma Bruni’s spicy, fatty, Italian sausages.” Cooking became the center of his mother’s life; “she cooked with a ferocity.” Bruni describes himself as a lazy boy who loved to read and avoided physical activity. His mother worried about his weight, but any diet she imposed was stymied not only by her need to feed everyone, but by Grandma.

The problem was simple: food was love. “You love Grandma’s frits? … Then you love your Grandma!” The chapter about Adelina Bruni, who came to New York as a 17-year-old in 1929, is pitch perfect; he captures the ethos expressed around countless dinner tables of a generation of Italian-American immigrants before World War II. Grandma Bruni is a force of nature, and you can’t help falling under her spell. She provides the title for the book with her favorite maxim: Born round, you don’t die square.

Part of the problem is that Thompson seems to expect social contagion to work along the lines of rational argument, as if we’d be persuaded to eat or be happy. But that’s the kind of theory of human behavior held by hermits and mad men. In reality, we tend to mimic peers and parents, pick up their signals, learn from them without explicit instruction.

If all this is foreign to you, you might want to reconsider whether you are the best person to judge sociological theories.

John Carney is Managing Editor of Clusterstock. This piece was originally published at Rise If You Must, his personal website.