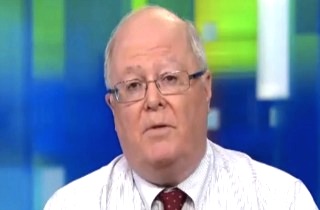 In a news release Catholic League for Religious and Civil Rights President Bill Donohue says the New York Times “erred” in a recent editorial about a child sex abuse scandal in the Catholic church.

The editorial Donohue, a frequent news commentator, refers to was published Monday and related to Catholic Archbishop Jozef Wesolowski, 66, who was accused of sexually abusing young boys in the Donminican Republic. It calls on Pope Francis to confront the Vatican’s “powerful bureaucracy” over the “pedophilia scandal” and others like it, so they can be brought to justice.

In Donohue’s statement, he says the Times should describe the nature of the sex as a “homosexual scandal” and not “pedophilia” because “the boys the archbishop abused were teenagers.”

How old, exactly, were the archbishop’s accusers? One of the prosecutors involved in the case told the Times they ranged from 12 to 17.

An editorial in today’s New York Times cites the Vatican’s disciplinary action against its former ambassador to the Dominican Republic, the now-defrocked Archbishop Jozef Wesolowski. It invokes Pope Francis’ promise that “in the pedophilia scandal ‘there are no privileges.’”

The boys the archbishop abused were teenagers, meaning that homosexuality, not pedophilia, was in play. The distinction is important.