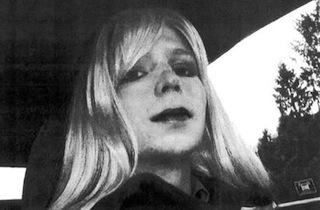 Chelsea Manning, currently serving a thirty-five year sentence for leaking a heap of classified military materials to Wikileaks, penned an op-ed for the New York Times Sunday morning in which she called for greater press access to U.S. military operations, arguing that more transparency would produce a better informed populace and restore confidence in political and military officials.

“I believe that the current limits on press freedom and excessive government secrecy make it impossible for Americans to grasp fully what is happening in the wars we finance,” she wrote.

Manning, a former intelligence analyst, said she saw in Iraq the wide gulf in the understanding of U.S. military operations enjoyed by intelligence analysts versus that attainable by the public or even lawmakers, both of whom made poor decisions based on incomplete information:

“The more I made these daily comparisons between the news back in the States and the military and diplomatic reports available to me as an analyst, the more aware I became of the disparity. In contrast to the solid, nuanced briefings we created on the ground, the news available to the public was flooded with foggy speculation and simplifications.”

Manning especially critiqued the embedded reporter procedures, which she said all but demanded favorable coverage from the few members of the press who achieved access to it in the first place — not, Manning argued, a coincidence:

“The embedded reporter program, which continues in Afghanistan and wherever the United States sends troops, is deeply informed by the military’s experience of how media coverage shifted public opinion during the Vietnam War. The gatekeepers in public affairs have too much power: Reporters naturally fear having their access terminated, so they tend to avoid controversial reporting that could raise red flags.”