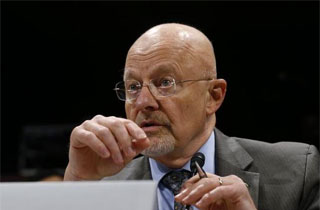 From now on, all communications between US intelligence officials and media must be authorized in advance, and no one is allowed to discuss anything deemed “covered matters” (nebulously defined as “intelligence-related information, including intelligence sources, methods, activities, and judgments”). Any violation of these rules “will be handled in the same manner as a security violation” and offending parties will likely lose their clearances, get fired, or even get investigated by the Department of Justice.

Is that reasonable? Not particularly in this case, as the Guardian lays out: the new rules are “agnostic” as to the degrees of classified information his employees can give the press. In addition, “unplanned or unintentional contact with the media” must be reported immediately to the employee’s relevant agency — even if the employee hadn’t disclosed any “substantive information.” From the looks of it, if I accidentally ran into a high school friend who now works with the NSA — not that I have a friend like that — and we talked about nothing more than the weather, he would have to immediately notify the NSA that we’d been in contact.

(If I had any friends in the intelligence community — and I don’t — we can’t be friends anymore. I’m really sorry, guys; I would have missed you if you actually existed.)

Though the policies seem to have existed at some level prior to today’s news, the directive effectively curbs the abilities of journalists to report stories outside of the intelligence community’s official narratives. “. By insisting now that all intelligence news must be ‘authorized’ news, the [Director of National Intelligence] will undermine that credibility and reduce the public’s confidence in the overall integrity of the intelligence system,” said Steven Aftergood, an intelligence analyst for the Federation of American Scientists who first reported on this story.

A spokesman for Clapper denied that the policies had anything to do with Edward Snowden’s revelations, which, ha.

[The Guardian]
[Image via Newscred]