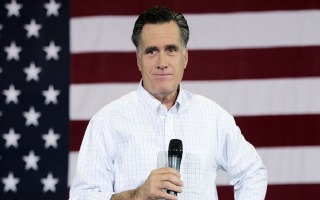 An extensive report in Vanity Fair magazine investigating the Mitt Romney’s financial history—including the Republican presidential candidate’s family’s finances and his notorious offshore accounts—is significant for two reasons. One, it signals the beginning of the inevitable and specific attacks on Romney’s wealth and financial transactions which have always tested well among independent voters. Second, by publishing these attacks well before the period in the campaign when they could be the most damaging, Vanity Fair may have undercut President Barack Obama‘s campaign. The timing of this story may be as significant as the story itself.

A story published in Vanity Fair by reporter Nicholas Shaxson, “Where the Money Lives,” examines “[the] murky world of offshore finance, revealing loopholes that allow the very wealthy to skirt tax laws.” Specifically, the article focuses on Mitt Romney’s accounts abroad in places like the Cayman Islands and Switzerland.

The Vanity Fair article details the Romney family’s offshore accounts, Mitt and Ann’s personal investments into a startup company run by their son Tagg, and the investments which fund the couple’s retirement I.R.A.

The Vanity Fair article also delves into detail about Bain Capital’s practices — specifically regarding the “brutal cost cutting” which followed the firm’s restructuring of a Miami-based medical diagnostics company and a German medical technology firm in the mid-to-late 1990s.

The beauty—or savagery—of leverage is that it can magnify any and all cash-flow boosts, such as this one. Take $10 to $40 million squeezed from a pension pot, then use that to create new, rosier financial projections to borrow several times that amount, and then pay yourself a big special dividend from the borrowed funds, many times the size of the pension savings. That is just what Bain Capital did.

The Obama campaign pounced on the story. The President’s official twitter account sent a link of the story out to their followers. Politico reports that campaign spokesman Ben LaBolt and former White House press staffer now with Priorities USA PAC, Bill Burton, both released statements touting the findings in the Vanity Fair article.

“Today we’re learning more about Mitt Romney’s bets against America,” LaBolt echoed. “Vanity Fair’s raising important questions about Romney’s offshore accounts in foreign tax havens, including his mysterious corporation in Bermuda, his funds in the Cayman Islands, and the Swiss bank account he opened. The question is, why?”

That Romney has engaged in a practice often followed by many in the financial services industry – sheltering money in foreign and domestic tax havens – is a damaging but not a new revelation. The details of Romney’s offshore accounts came to light briefly during the Republican primary campaign. Former House Speaker Newt Gingrich even cut ads to highlight Romney’s entrenchment in this dubious aspect of the financial services culture.

But Democratic operatives who have noted that 2012 threatens to be a difficult campaign for President Obama have made it clear that the Romney’s offshoring of his income is probably the best opportunity for Democrats to discredit their Republican opponent.

The now-infamous memo detailing the results of focus groups run by Democratic strategist James Carville and pollster Stanley Greenberg have shown that the Obama team must change campaign’s messaging from defending the slow but measurable economic comeback and shift to a new narrative. They recommend, without explicitly saying as much, shifting the focus to attacking Mitt Romney.

The Obama campaign felt that Romney’s tenure at Bain Capital was worthy of attacking — and the Carville/Greenberg memo showed that the audience was responsive to those attacks. But focus groups reportedly responded most favorably to attacks on Romney’s overseas accounts. Politics watchers have been eagerly awaiting that other shoe to drop since the Obama team’s Bain attacks inspired a backlash from the likes of Newark Mayor Cory Booker, Massachusetts Gov. Deval Patrick and former Democratic National Committee Chairman Ed Rendell. The President’s campaign had to run with the offshore account attacks – the only question was when.

The question remains whether Vanity Fair’s piece was the result of an opposition research dump from the Obama campaign or the fruits of a long and methodical investigation (or a mix of both). If the detailed report is not the result of a dump, it is entirely possible that Vanity Fair undercut the Obama campaign by running with their strongest attacks on Romney well before they would have preferred. Any damage this report will do to Romney, which could be substantial, is likely to be undone by the traditional post-convention bounce.