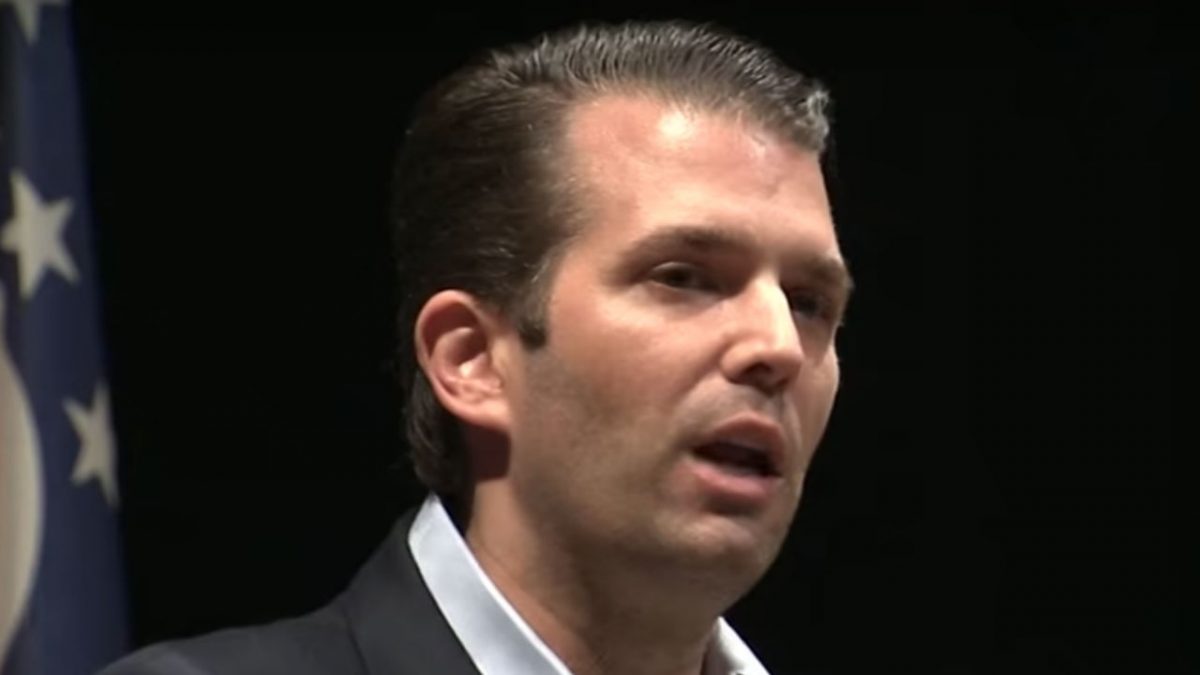 Rev up the outrage machine ladies and gentleman, because a columnist wrote a line about grapes and Kimberly Guilfoyle — and her very astute boyfriend Donald Trump Jr. thinks it’s racist.

Here’s how we got here: Linda Stasi, a columnist for the New York Daily News, penned an op-ed in which she called out Fox News for the conflict of employing Guilfoyle as a host while she dates Don Jr., the president’s son. It’s important to note that Stasi’s piece rests on the inaccurate premise that Guilfoyle is a reporter — she is expressly a host at Fox News.

“Thing is, Guilfoyle is an otherwise brilliant woman. When it comes to picking men, though, she’d be better off picking grapes,” Stasi wrote in her op-ed.

Guilfoyle is an American of Puerto Rican and Irish descent, and Nolte cried racism.

“She is just another bitter leftist baring her claws, and doing so by deceiving her readers with misinformation while marinating in the worst kinds of sexist and racist stereotypes,” Notle wrote of Stasi.

Strong words coming from a website that tried to smuggle white supremacy into the mainstream and had a “black crime” section until last year.

Don Jr. inevitably picked up on Nolte’s outrage, defending the honor of his significant other.

“How did this get past her editors at the @NYDailyNews?” Don Jr. wrote. “Or do they condone this kind of talk? I guess hypocrisy, sexism & racist rhetoric are alive & well there.”

How did this get past her editors at the @NYDailyNews? Or do they condone this kind of talk? I guess hypocrisy, sexism & racist rhetoric are alive & well there.

UPDATE 4:39 p.m.: Linda Stasi took to Twitter to apologize, and to claim ignorance about the long and storied history of grape racism.

Absolutely no idea that Kimberly Guilfoyle is half Puerto Rican…and my column was in no way meant as a slur. Nonetheless I will change that reference online. I’m just surprised anyone would have assumed such a stereotype b/c someone is half-Latina. So sorry for misunderstanding