Ease Up on WaPo’s Richard Cohen, As of Last Week He’s Totally Down with Slavery Being Bad

Ease Up on WaPo’s Richard Cohen, As of Last Week He’s Totally Down with Slavery Being Bad 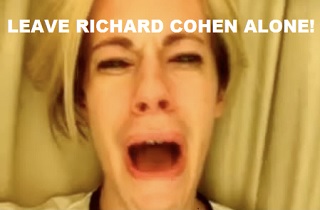 Washington Post columnist Richard Cohen is getting, and this is not racist, horse-whipped over a new column in which he seems to suggest that gagging at the thought of interracial marriage is not racist, but merely “conventional.”

But all the haters really ought to ease up on Cohen, who, as of last week, realized that American slavery wasn’t “a benign institution in which mostly benevolent whites owned innocent and grateful blacks.”

That’s gotta count for something, right?

This epiphany came to Cohen as he watched the new film 12 Years a Slave, which forced Cohen to “unlearn” the following:

Cohen says he learned all of this in school, but you’d be hard-pressed to produce a list like that from someone who was home-schooled by the banjo kid from Deliverance. If it’s even possible, the lessons he took from 12 Years a Slave are even weirder:

Stay tuned for Richard Cohen’s next column, about how Birth of a Nation went kinda easy on the Ku Klux Klan.

For all of his racial insularity, though (and it is considerable), at least Cohen is a few steps ahead of Sarah Palin.