Ex-Republican Who Created Russian Presidential Seal Displayed at Trump’s Speech: ‘No Way’ That Was Accidental

Ex-Republican Who Created Russian Presidential Seal Displayed at Trump’s Speech: ‘No Way’ That Was Accidental 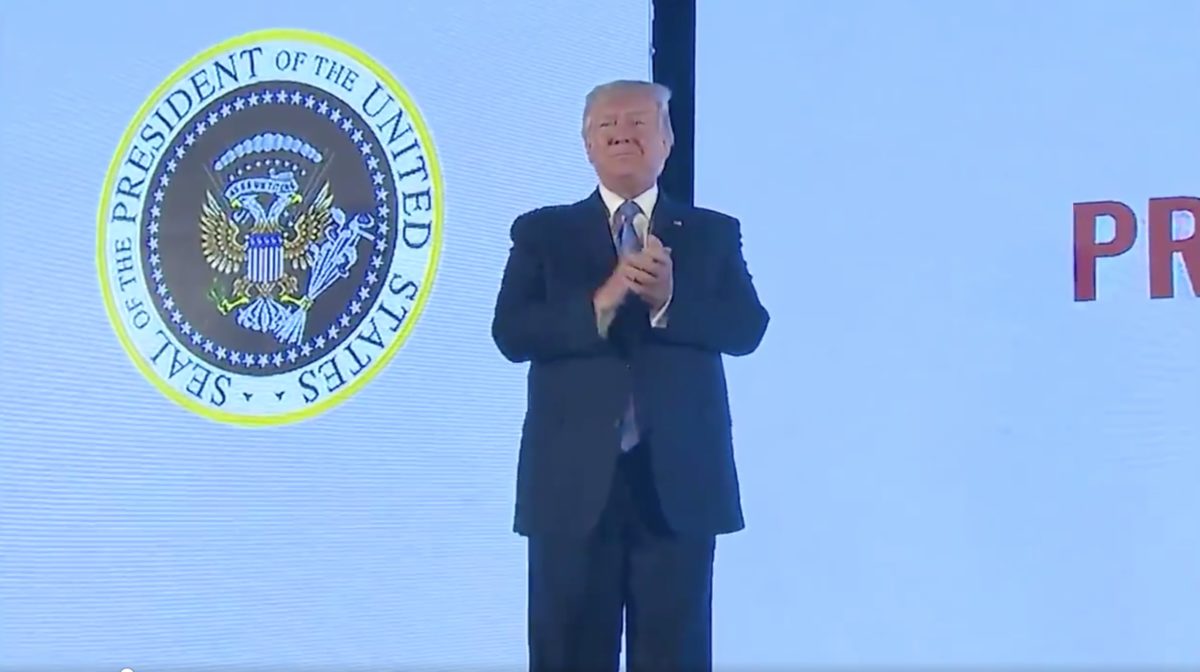 There was a lot of commotion lately about how President Donald Trump gave a speech this week in front of a very unflattering distortion of the presidential seal. On Thursday, the graphic designer who made the seal spoke out on why he did it and why he has become disillusioned with Trump’s Republican Party.

Turning Point USA fired an aide this week for projecting the doctored image behind Trump when he spoke at their conservative youth summit. The fake seal showed a two-headed eagle – a longtime symbol of Russia – clutching golf clubs and cash in its talons while displaying the words “45 es un títere,” which is Spanish for “45 is a puppet.”

Charles Leazott, a former Republican who made the image, told Washington Post that he made it shortly after the 2016 election, calling it “the most petty piece of art I have ever created.” Leazott said he was taken by surprise when his image became a sudden media frenzy, and he’s sure the TPUSA staffer who aired it did so on purpose despite the organization’s belief that it wasn’t “malicious intent.”

“That’s a load of crap,” he said to their spokesman’s explanation. “You have to look for this. There’s no way this was an accident is all I’m saying.”

He concluded by saying whoever was responsible was “either wildly incompetent or the best troll ever — either way, I love them.”

“I’ve got to be honest, I am so tickled in the most petty way possible that the president of the United States, who I despise, stood up and gave a talk in front of this graphic. Whoever put that up is my absolute hero.”