Former Jeopardy! Contestants Refuse to Believe Three-Time Winner Was Flashing a Three and Not a Nazi Hand Gesture 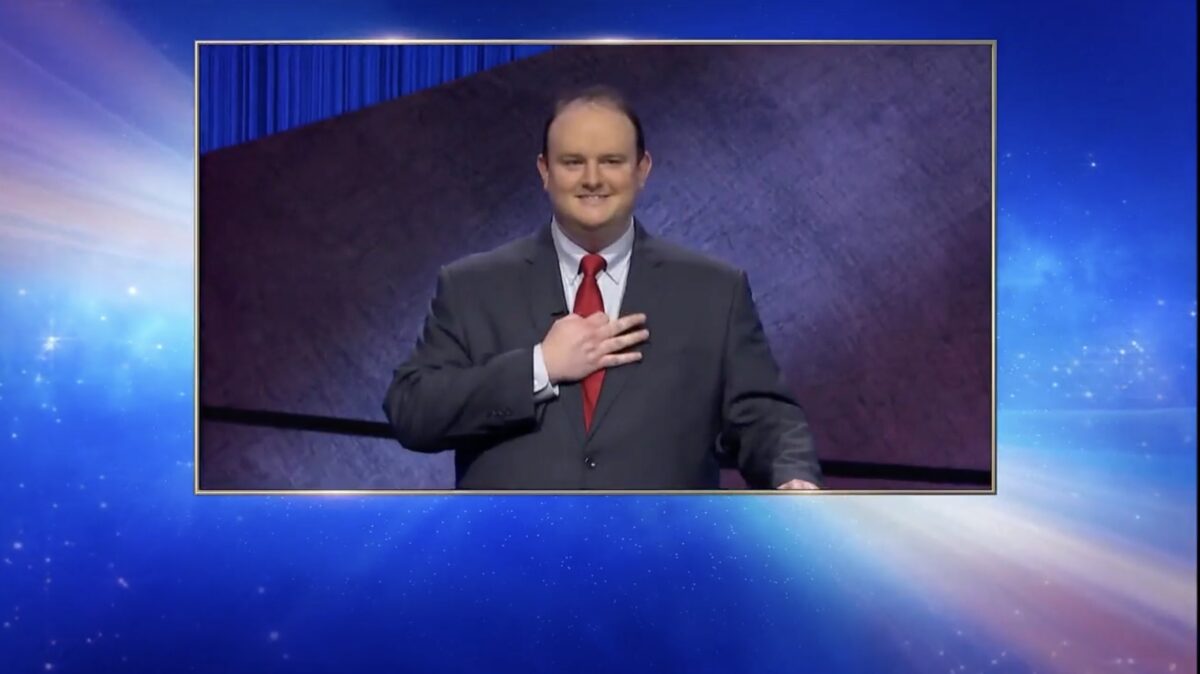 The controversy surrounding Jeopardy! contestant Kelly Donohue rages on as his fellow participants on the show are convinced, against all evidence and common sense, that his three-fingered gesture last month was a white supremacist hand sign.

Hundreds of former Jeopardy! contestants signed an open letter last month condemning the show for airing Donohue’s gesture. The contestants somehow convinced themselves that he flashed a sign from the Three Percenters, an alt-right extremist militia organization that has been connected to white supremacist movements.

The alternative option: Donohue was flashing the number “three,” to symbolize his third time winning Jeopardy!, in the same way that he flashed one finger after his first win and two fingers after his second.

Donohue responded to the uproar by saying he is not a racist, denouncing white supremacy as an “evil” ideology, and that his gesture was to celebrate his third victory on the show. New York Times media columnist Ben Smith, however, reports that Donohue has been a pariah on a private Facebook group for old Jeopardy! contestants.

“Based on the evidence we’ve seen being bandied about elsewhere, there is a real possibility he was giving either a white power or a Three Percenter hand gesture,” wrote one moderator, a middle-school teacher who was on the show about five years ago, according to screenshots provided by another group member. And though “we can’t know his intent,” he continued, “we’re not here to provide safe harbor for white supremacists.”

Smith’s column expresses surprise over the outrage from Donohue’s fellow contestants since the evidence against him is flimsy at best.

The report noted that the Jeopardy! Facebook group took their complaints about Donohue to the Anti-Defamation League, but when they rejected concerns about his hand gesture, it infuriated the group members who signed the letter against Donohue.

“Is anyone else feeling gaslit?” A group member said, according to Smith. “We saw it. We know we did. But a lot of people (including the goddamned ADL) are telling us we didn’t. That’s some classic gaslighting.”

Smith spoke to former contestants who had signed the letter condemning Donohue, and reported that some remain convinced of the conspiracy theory:

These are, I should stress again, a bunch of nice, thoughtful people. I found them mostly on LinkedIn, where they tend to have well-curated profiles and avatars of themselves against the show’s blue backdrop. The signers of the letter I spoke to seemed convinced that Mr. Donohue had been flashing a white power sign of some sort. They were particularly concerned that producers had missed it — and that the show, reeling from the death of its iconic host, Alex Trebek, might be “in decline,” as a 2007 champion from northern Canada, Brett Chandler, told me.

Mr. Chandler was one of several letter signers I spoke to who remained convinced that the other traces of Mr. Donohue’s online presence, as well as his use of the word “Gypsy” in an earlier episode, meant he was sending a coded signal. Many said that, even as they acknowledged how improbable it seemed.