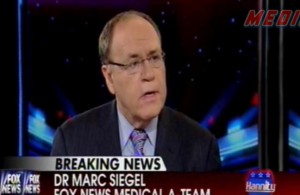 The murders committed in Newtown, Connecticut this week are an unimaginable national tragedy that’s still sinking in, and while there’s little the news media can do to help, they should, at the very least, do no harm at a time like this. Unfortunately, in addition to piles of reported “facts” that have wound up not to be true, our news media has been engaged, to varying degrees, in a campaign to falsely link autism with the sort of violence that resulted in this unthinkable event. Fox News’ Hannity program and The New York Times are among the latest to err on the extreme end of this spectrum.

The gold standard for irresponsibly and falsely linking autism with mass murder still belongs to MSNBC’s Joe Scarborough, who, in the wake of the mass shooting at a movie theater in Aurora, Colorado, told his audience that killers like Aurora shooter James Holmes are “somewhere, I believe, on the autism scale,” and that while he didn’t know if this was true of Holmes specifically, “it happens more often than not.”

Scarborough never corrected his utterly false and damaging statement on-air, but in that case, there were no other media figures mentioning autism, so Scarborough was the lone voice of irresponsibility. As I wrote extensively at that time, there is absolutely no evidence of any kind linking Autism Spectrum Disorders with criminal violence.

This time, there is widespread reporting that Connecticut shooter Adam Lanza allegedly had an Autism Spectrum Disorder (ASD), possibly Asperger’s Syndrome, reporting that has been poorly-sourced, at best, and fits within a context of many other poorly-sourced reports that have turned out not to be true. The reporting on Lanza’s alleged ASD originates from a law enforcement leak (which officials would not confirm at a Saturday press conference) that other news organizations have “corroborated” through unnamed “friends” who have third-hand knowledge, at best, and who then describe how Lanza didn’t have any friends.

Setting aside whether this should be reported at all, because it has been, the important thing now is to decide how it gets reported:

Reporting on this element of the story, ironically, has fallen all over a wide spectrum, which I’ve broken down into three categories: The “Good,” The Bad, and The Ugly. I qualify the “good” reporting on this because these reporters don’t explicitly explain why they are reporting on the ASD at all, but the implication is that they’re attempting to dispel the false impressions given by the bad reporting. Here are some examples, from all of the cable news networks, of such reporting, which demonstrates how very easy it is to get this right:

Unfortunately, a good deal of reporting on all of these networks, Fox News, CNN, HLN, and to a lesser extent, MSNBC, has been in the “Bad” category, in which the ASD gets reported without context, or even worse, alongside descriptions of the “troubled,” or “isolated,” or even “defective” and “evil” shooter, implicitly linking them without explicitly drawing a connection:

At the severe end of this category is The New York Times‘ David Halbfinger, whom author and autism dad Joe McGinniss lambasted for emphasizing the poorly-reported autism in his story, particularly an anonymously-sourced law enforcement focus on it that Halbfinger makes no effort to explain. If anything, he implicitly connects that emphasis with the unqualified opinions of Lanza’s former classmates: (emphasis mine)

Several said in separate interviews that it was their understanding that he had a developmental disorder. They said they had been told that the disorder was Asperger’s syndrome, which is considered a high functioning form of autism.

“It’s not like people picked on him for it,” Mr. Baier said. “From what I saw, people just let him be, and that was that.”

Law enforcement officials said Friday that they were closely examining whether Mr. Lanza had such a disorder.

One former classmate who said he was familiar with the disorder described Mr. Lanza as having a “very flat affect,” adding, “If you looked at him, you couldn’t see any emotions going through his head.”

The root problem here is the unidentified law enforcement leaker, but as McGinniss pointed out to Halbfinger when he tried to defend his reporting, if police were “closely examining” something like a mass murderer’s homosexuality, for example, a reporter would be expected to explain why that might be relevant to the crime, and that failure to do so suggests a self-evident relevance. Mr. Halbfinger’s error is compounded by his newspaper’s hard-won authority, put to harmful use here. His paper should be held to a higher standard, and Halbford ought to have been grilling that law enforcement source for focusing on something that has no connection to this kind of violence, rather than grilling classmates for their uninformed opinions on Asperger’s Syndrome.

Following McGinniss’ complaint, The NY Times changed the story summary, from Law enforcement officials said they were trying to determine whether Adam Lanza, identified as the gunman, had Asperger syndrome” to “Adam Lanza, 20, seemed to do all he could to avoid attention, until Friday,” but otherwise has made no revisions to that part of the story, and have included even shoddier reporting in a new story on the tragedy, summing up the entirety of the ASD issue with the line “”Some former classmates said they had been told that Mr. Lanza had Asperger’s syndrome,” an attribution you wouldn’t expect to see on a note being passed in a middle school. McGinniss has reached out to Halbfinger and New York Times Public Editor Margaret Sullivan to see about correcting this “reporting.”

Finally, there’s the “Ugly,” those news outlets which put people on the air who spout information about autism and ASD that is outright false, and dangerous. In addition to dispensing false and misleading information, these people present themselves as experts, increasing the damage exponentially. On Friday, Fox News’ Hannity program featured a segment with Dr. Marc Siegel (who does not practice an autism-related specialty) in which the good doctor explained “He is out of touch with reality. If he had Asperger’s, he may have had ongoing meltdowns associated with violent behavior. It is possible he was on medication, and it was not working, and he didn’t have empathy and had social problems.”

To be clear, people with ASDs do not take medication to give them empathy, because people with ASDs do not lack empathy. That is a complete, but common, falsehood. Aperson without empathy is a psychopath. A person with an ASD may have difficulty discerning nonverbal social cues. Having trouble ‘divining that someone isn’t into the story you’re telling them is not the same thing as being Ted Bundy. This doctor would be as well-founded in saying that blind or deaf people are incapable of empathy. The “meltdowns” he describes, to use a well known pop-cultural touchstone, are akin to the scenes in the film Rain Man in which Dustin Hoffman‘s character reacts to sensory stimuli, like being suddenly hugged by his brother, or the hot water in the bathtub, or the toaster oven setting off the fire alarm. They have nothing whatsoever to do with the type of criminal violence that occurred in Connecticut.

So, in the “Ugly” category, here’s Dr. Siegel, followed by the CNN guest doctor who said people with autism are “missing something in the brain” that leaves them bereft of empathy:

Going forward, if cable news wants to report on this aspect of the Connecticut shooting story in a responsible fashion, these three collections offer a look at what to do, and what not to do, but here are a few additional tips:

There’s enough pain to go around already with this story. As Ari’s Autistic Self Advocacy Network said in their recent statement, there’s no reason to unnecessarily cause more:

“Our hearts go out to the victims of today’s shooting massacre at Sandy Hook Elementary School in Newtown, Connecticut and their families. Recent media reports have suggested that the perpetrator of this violence, Adam Lanza, may have been diagnosed with Asperger’s Syndrome, a diagnosis on the autism spectrum, or with another psychiatric disability. In either event, it is imperative that as we mourn the victims of this horrific tragedy that commentators and the media avoid drawing inappropriate and unfounded links between autism or other disabilities and violence. Autistic Americans and individuals with other disabilities are no more likely to commit violent crime than non-disabled people. In fact, people with disabilities of all kinds, including autism, are vastly more likely to be the victims of violent crime than the perpetrators. Should the shooter in today’s shooting prove to in fact be diagnosed on the autism spectrum or with another disability, the millions of Americans with disabilities should be no more implicated in his actions than the non-disabled population is responsible for those of non-disabled shooters.

Today’s violence was the act of an individual. We urge media, government and community leaders to speak out against any effort to spuriously link the Autistic or broader disability community with violent crime. Autistic Americans and other groups of people with disabilities persist in facing discrimination and segregation in school, the workplace and the general community. In this terrible time, our society should not further stigmatize our community. As our great nation has so many times in the past, let us come together to both mourn those killed by acts of heinous murder and defend all parts of our country from the scourge of stigma and prejudice.”

Update: Et tu, Meet The Press? NBC News’ Pete Williams tells David Gregory “He had a very troubled life. This is a young man who, by all accounts, had a mild form of autism,” followed by a string of lone shooter tropes posed as consequences of ASD, and zero pushback from Gregory. Add this to the “Bad” category, with extra credit for being an influential network program: