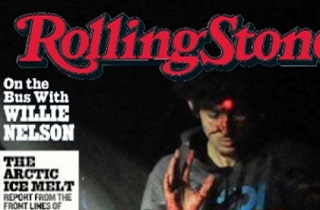 As the outpouring of negative reaction to Rolling Stone magazine’s cover story on Boston Marathon bomber Dzhokhar Tsarnaev continues, police photographs released to Boston Magazine have been posited as something of an antidote to the glamorization of Tsarnaev by the rock publiation. On Thursday night’s All In, host Chris Hayes asked his guest, former Mediaite editor Rachel Sklar, if any of these newly-released photos would have made a difference on Rolling Stone‘s cover.

Like Hayes, I felt some reflexive resistance to the pack mentality that has consumed Rolling Stone for several days, partially out of a useful contrarian streak, but also because I value provocation more than most. The problem with the Rolling Stone cover is that its provocation isn’t in service to any greater purpose. The great Rachel Sklar explained the central issue with the cover well. “I found it very irresponsibly glamorizing,” she said, “and it’s because of what the context of Rolling Stone is. It is a magazine, and, yes, it publishes lots of interesting journalism that has nothing to do with music, but the cover is always about some rock star or a movie star, or someone famous.”

Hayes identified the ostensible purpose of the cover’s provocation, which was embody the hidden nature of the menace that Tsarnaev’s benign (white) looks represent, which Rachel points out could have been accomplished by using the photo in the body of the article. “On the cover, he looks like a Stroke. He looks like a Jonas brother. He looks like someone who would be dating Taylor Swift,” she explained.

But Hayes asked an intriguing question about the photos that were released by a police photographer in response to the Rolling Stone cover. “If that were on the cover,” Hayes asked, “would that do the same thing? In some ways this seems almost more glorifying, him as this bloodied warrior.”

Rachel didn’t really answer the question, instead focusing on the image the magazine did use. “I understand that they wanted to point out that, you know, all terrorists don’t come packaged like caricatures who are angry and unattractive, they can be people who walk among us,” she said. “I get that. When your first encounter with the magazine is the cover, and seeing it packaged like a rock star, it gives the impression that this kid is something of a rock star.”

While I agree with everything Rachel said, Hayes’ question really made me wonder if that police photographer had really achieved what he set out to by releasing those photographs. As Noah Rothman pointed out earlier today, there has been considerable agreement on the principle that paying any attention to these murderers, rather than their victims, is counterproductive, but even ignoring that premise, the photos of Tsarnaev that Sgt. Sean Murphy put out don’t improve much on Rolling Stone‘s current cover. Here’s what those pictures would look like on

The shots are very well-done, perhaps too well-done. They are evocative, and when posed as Rolling Stone covers, just as problematic as the “glam” shot. As Hayes said, Tsarnaev appears as a bloodied (anti)hero, in poses that could be stills from an action movie, and if someone is inclined to romanticize him based on the magazine cover, these might actually be worse.

Perhaps it would have been better if Rolling Stone had not devoted its cover at all to Tsarnaev, or chosen a worthier subject, but if the choice was only to put him on the cover, I would have gone with the true face of terror: the cowardly Tsarnaev, sneaking away from the horror he had created, hiding like a rat among the people he had betrayed: 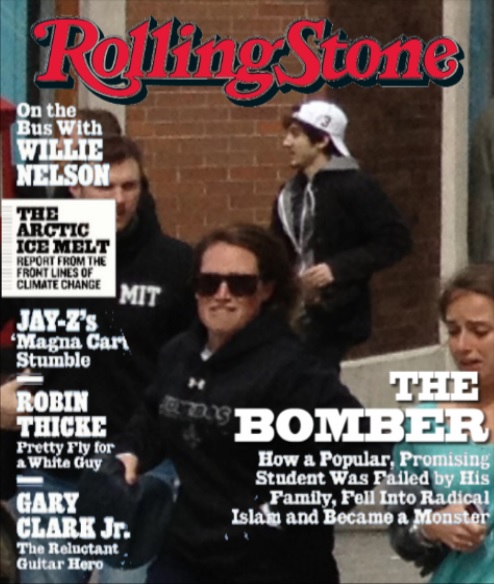