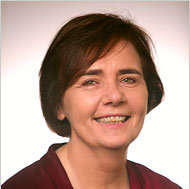 When incisive, frequently hilarious New York Times op-ed columnist Gail Collins is speaking at an event in your general area, ideally, you go. When the event is not only in your area but conveniently located in the town where you get on and off the train every day, (and at your alma mater, no less) – well, then you definitely go. So yesterday, when Collins stopped by New Brunswick, NJ for a lecture inspired by her most recent book, When Everything Changed, I went. Here’s how it went.

Ruth B. Mandel, director of Rutgers University’s Eagleton Institute of Politics, delivered the welcome address. As these events go, the lecture adhered pretty closely to the listed start time of 7:30, and Mandel gave a good introduction. She gave Collins deserved praise for having “a serious wit” (while an admiring audience member quietly added, “She sure does,”) as well as how she “cuts through the crap.” (Speaking of the audience – being a 22-year-old male at a Gail Collins lecture made me something of an outlier among the crowd, if you can believe it.) There was a scary moment at the end of the intro, when Mandel fell while exiting the makeshift stage, but Collins checked in with her and reported that Mandel was fine – and that she wanted everyone to stop looking at her. And from there, the lecture began.

In her talk, Collins traced the history of American women back to the earliest colonial settlements (similar to another of her books, America’s Women), noting that in pre-American Revolution times, women were well-respected. Unfortunately, this changed after the war when population became more concentrated in cities, a time Collins described as “the most restrictive period for women in American history.”

It was a slow climb upward to respect from there, though women broke through in a few extraordinary cases. Collins cited Dorothea Dix, who counseled female prisoners only to find most of them were mentally ill rather than actually criminals, and Elizabeth Jennings Graham, who, with the help of gloriously mutton-chopped future President Chester A. Arthur, got public transportation services in New York City integrated in the strikingly early year of 1854. Even the suffrage movement, which Collins said ultimately passed because a young Congressman changed his vote to yes at his mother’s request, was insufficient, because women still lacked an economic presence.

So when did “everything change”? Legally, Collins argued, the biggest changes took place between 1964 and 1974. Birth control pills became more widely available, and as a result, applications by women to law school and other graduate schools skyrocketed. Just as important, however, was a souring 1970s U.S. economy. The standard of living in America dramatically increased after World War II’s stimulation of the nation’s economy, and once that standard couldn’t be supported by a single paycheck, Collins said middle-class families faced two options: “lower your expectations,” or have the women go to work. Women went to work.

Collins closed in a fashion she admitted was a bit unusual for her as “a professional complainer:” she expressed deep appreciation for the advancements of women, saying that even if she had the choice, “I wouldn’t live in any other period in the history of the world.” A nice sentiment to be sure, and a well-earned moment of thanks from Collins, but I can’t help but feel I like her best when she’s poking fun at the absurdities of the modern world, rather than marveling at its wonders.

That’s why I liked this moment, from a Q&A session after her prepared talk. An audience member asked about her time as opinions editor at the NYT, the direction she wanted to take the section, etc. Collins said she had a goal to include more non-political topics on the op-ed pages, but interestingly, she also talked about reading old opinion pieces from the paper, Specifically, she singled out something she’d discussed before – the suffrage movement – and noted the NYT took a stand against it up until almost the moment it passed. She said she liked to hang up pictures of the men who headed the opinions section in those days, and hold imaginary conversations with those men who’d opposed giving women the right to vote: “Hi, guys,” she liked to say. “I got your job.”

That’s when Gail Collins is in top form.