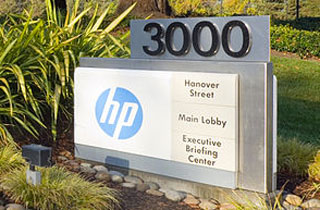 Do you own a printer made by Hewlett-Packard? Did you ever think it was nothing more than an innocuous piece of beige machinery, humbly printing out Excel spreadsheets and annual reports? It turns out that your printer has a secret life, in that its makers at HP just admitted to creating slush funds for the purposes of bribing government officials and laundering money to score lucrative government contracts.

No one who’s ever known your printer saw this coming.

VICE reports that HP will pay over $108 million in fines to the US government for, among other things, bribing officials in Poland, Russia, and Mexico in order to secure multimillion-dollar government contracts. According to the court filings, ever since the late 1990’s, the people responsible for your printer secretly built huge slush funds and used that money to win over officials.

Your printer is the Walter White of technology.

Upon learning of these allegations, Hewlett-Packard “fully cooperated” in the investigation and fired the handful of high-level executives involved. The Polish government also indicated that it would charge the parties involved though neither Mexico nor Russia has indicated it would do the same.

Your printer did it for himself. It liked it. It was really good at it. And it was really alive. Except it was a printer, so it wasn’t.