J-Law Breaks Silence on Nude Photos: ‘I Don’t Have Anything to Say I’m Sorry for’

J-Law Breaks Silence on Nude Photos: ‘I Don’t Have Anything to Say I’m Sorry for’ 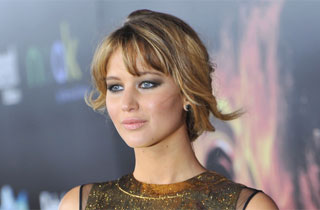 In an exclusive interview with Vanity Fair, Jennifer Lawrence finally addressed the celebrity photo hacking ring, in which her nude photos were stolen from private online accounts and traded among hackers. And she did not hold back.

“Anybody who looked at those pictures, you’re perpetuating a sexual offense,” she told Vanity Fair. “You should cower with shame. Even people who I know and love say, ‘Oh, yeah, I looked at the pictures.’ I don’t want to get mad, but at the same time I’m thinking, I didn’t tell you that you could look at my naked body.”

“It is not a scandal. It is a sex crime,” she tells Kashner. “It is a sexual violation. It’s disgusting. The law needs to be changed, and we need to change. That’s why these Web sites are responsible. Just the fact that somebody can be sexually exploited and violated, and the first thought that crosses somebody’s mind is to make a profit from it. It’s so beyond me. I just can’t imagine being that detached from humanity. I can’t imagine being that thoughtless and careless and so empty inside.”