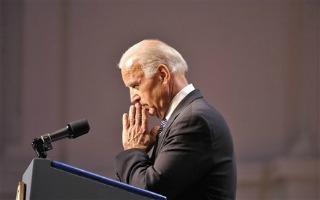 Speaking at a Democratic fundraiser in Chicago on Thursday, Vice President Joe Biden praised former Chicago Mayor Richard Daley saying “I never had an interest in being a mayor ’cause that’s a real job. You have to produce. That’s why I was able to be a senator for 36 years.”

Biden continued his praise, saying “[Barack Obama‘s] a little like my image of you, Richie. The one thing that always amazed me was the decisive moves you make. You just make the decisions … I consider Billy Daley one of my closest friends in the world.”

Rove went on to lament why few in major media seem interested in the Vice President’s misstatements. “Nobody in the press picked up after these gaffs, one after one after one,” said Rove.