Magazine Ad Recession Thawing? 20% Down is the New Up

Magazine Ad Recession Thawing? 20% Down is the New Up 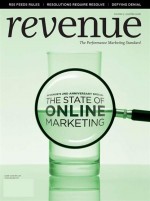 The Publisher’s Information Bureau just released its revenue report for the first six months of 2009. The bad news? It’s not a a pretty picture. The good news? The picture is a lot less ugly than three months ago.

According to PIB, advertising revenue for the first half of 2009 came in at $9,095,979,740, a -21.2% decline against the same time period in 2008. However, the decline for ad pages over the first quarter came in around 29%, more than the aggregate ad pages sold for the first half of the year. In short: times are tough, though they may not be as tough as three months ago.

From the PIB release:

There is no question that the magazine industry is still reeling from the impact of the ad recession, and its impact has been felt in advertising across the top 12 magazine ad categories in the first half, as well as during the second quarter, of 2009. But it’s not difficult to see the glass half-full.

Industry insiders don’t expect a full recovery for months, if not years. And while the overall ad revenue for print is down, there may be some solace to take by the fact that it appears to have cratered, at least for the time being.