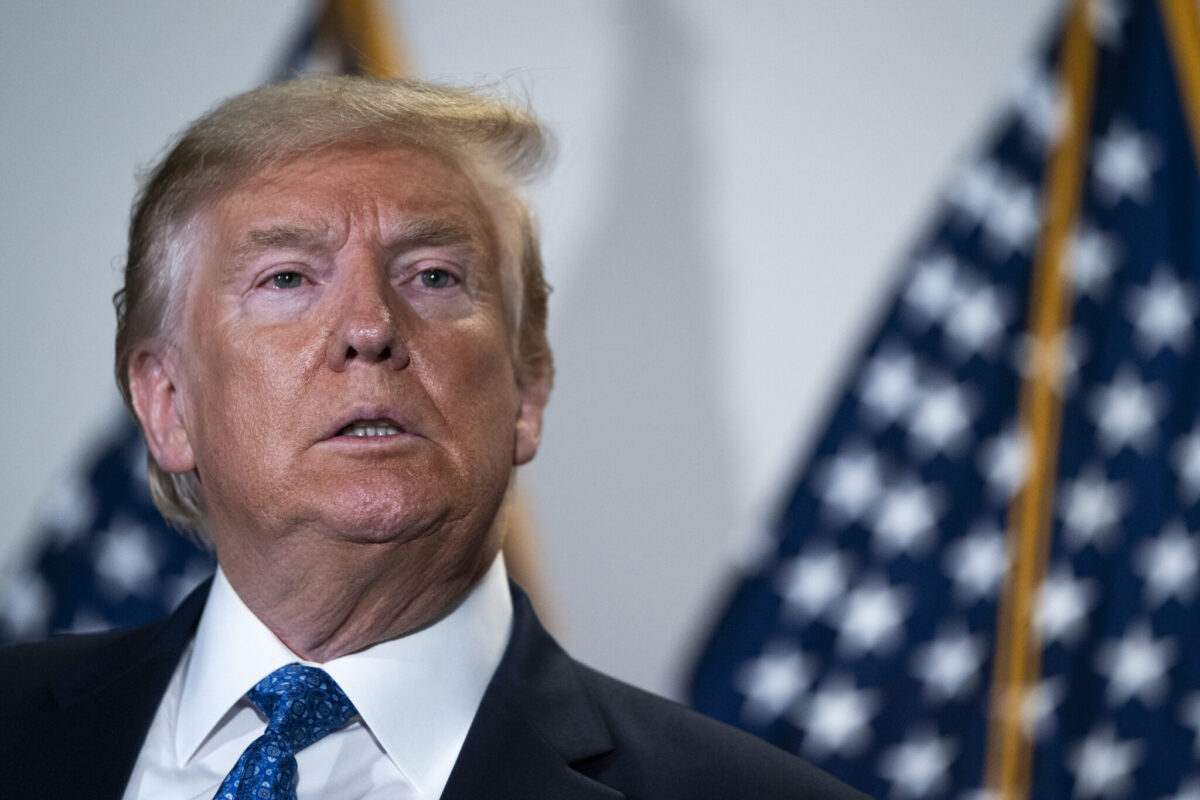 A decades-long Trump family feud is about to get much, much uglier.

President Donald Trump‘s niece, Mary Trump, is planning to publish a “harrowing and salacious” tell-all book in August, right before the Republican National Convention. One of the most significant disclosures she makes is revealing herself as the primary source for a 2018 New York Times investigative story that revealed Trump’s “dubious tax schemes…including instances of outright fraud,” and how he received over $400 million (in today’s dollars) from his father Fred Trump Sr.‘s real estate empire — knocking the legs out from under Trump’s personal narrative that he was a self-made billionaire.

The book, titled Too Much and Never Enough, is scheduled to be released on August 11, less than two weeks before the RNC will kick off in Jacksonville, Florida on August 24.

Mary, 55, is the daughter of Fred Trump Jr., the president’s brother and Fred Sr.’s firstborn son, who died in 1981 at the age of 42 from a heart attack due to complications from alcoholism.

Relationships between the various branches of the Trump family have been acrimonious, especially after the death of Fred Sr. in 1999, when Mary and her brother, Fred the 3rd, filed a lawsuit contesting their grandfather’s will. The court case included allegations that the will had been “procured by fraud and undue influence” by Donald and his other siblings, leaving a substantially smaller share for Fred Jr.’s heirs. Donald also apparently was a driving force behind a decision to cut off financial support for the medical benefits for Fred the 3rd’s son William, who had cerebral palsy. Fred Sr. had been paying for medical coverage for extended family members, including young William, for years until his death.

From a 2000 New York Daily News article about the family court battle:

Even when it comes to a sick baby in his family, Donald Trump is all business. The megabuilder and his siblings Robert and Maryanne terminated their nephew’s family medical coverage a week after he challenged the will of their father, Fred Trump. “This was so shocking, so disappointing and so vindictive,” said niece Lisa Trump, whose son, William, was born 18 months ago at Mount Sinai Medical Center with a rare neurological disorder that produces violent seizures, brain damage and medical bills topping $300,000.

… Asked whether he thought cutting their coverage could appear cold-hearted, given the baby’s medical condition, Donald made no apologies. “I can’t help that,” he said. “It’s cold when someone sues my father.”

According to The Daily Beast, the intrafamily litigation resulted in “a treasure trove of confidential and highly sensitive Trump family financial documents, including Fred Trump Sr.’s tax returns” — documents which Mary would later provide to the New York Times, as she reveals for the first time in her coming book.