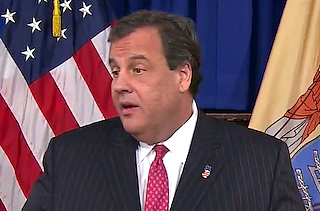 In 2016, the Republican Party will salivate for a win in the presidential election after what will have seemed like an eternity of not having one of their own in the White House. Despite New Jersey Gov. Chris Christie seemingly being in the same mold as the last two failed GOP nominees (a moderate, “serious,” reach-across-the-aisle type Republican without deep-seated conservative principles), the same whispers have already begun to form: Christie would be the only Republican to appeal to independent voters, and that’s the only way to defeat Hillary Clinton in 2016.

Yet comparisons to prior presidential losers were unfair, in my opinion, because Christie had three unique assets going for him: Mainstream media adoration (at least compared to the likes of Mitt Romney); a readiness to brawl with political opponents (unlike John McCain); and the perception of not being like a typical politician (unlike both Romney and McCain).

In the wake of “Bridgegate,” however, all three of Christie’s strengths crumbled and, potentially, so did his viability as a serious 2016 contender. The sooner Christie and the Republican Party recognize this grim reality, the better off they will both be in the long run.

Of course many could argue it’s still too early to stick a fork in Christie and declare him done, and that he has time to restore his credibility. However, even if Christie rides the media roller coaster back towards the apex of popularity, this ordeal revealed not just how little value it is being a Republican liked by journalists (such flirtations always prove to be like a summer camp crush never meant to last), but also that the idea of Christie as some bipartisan role-model was a media myth buoyed by a simple picture of Christie hugging Obama after Hurricane Sandy.

With Christie now basically defanged for fear of having future actions compared to the bridge “bullying” and now dismissed as just any politician engaging in typical score-settling behavior, one has to ask is this really the best the Republican Party has to offer in 2016?

Now is the time for Republicans to discover new stars and elevate current elected officials to greater prominence. Neither of which can happen because when Christie stands in the spotlight it’s figuratively — and literally (sorry, hard to resist) — impossible for anyone else to emerge. And since even a scandal-free Christie was never one to light all wings of the Republican Party on fire, would it not be better for the GOP to continue its soul-searching now, while there is still time, for someone who possibly can?

It’s probably a long-shot to happen, yes, but what better way for Christie to reclaim and truly earn the designation of being a unique and principled leader then to announce he will not run for president in 2016? Not because he lacks the desire (he clearly wants to be president), but because it is so vital for Republicans to win that election, and the governor’s misjudgment in surrounding himself with unprofessional aides capable of such intolerable behavior suggests maybe he should step aside so that an untainted Republican candidate can emerge.

Such an action by a politician — halting one’s own personal ambitions for the good of his party — would be unprecedented.

And, hey, it would make him virtually unstoppable for a presidential run in 2020. One can dream, right?