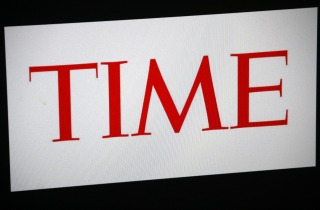 Saleforce.com chairman Marc Benioff  and his wife, Lynne, bought the magazine in a cash deal. The sale is expected to be finalized in 30 days.

According to the Hollywood Reporter, Benioff will not be involved in the day-to-day operations and Time’s leadership team will remain.

Meredith president and CEO Tom Harty issued the following statement after the sale:

“For over 90 years, Time has been at the forefront of the most significant events and impactful stories that shape our global conversation. We know Time will continue to succeed and is in good hands with the Benioffs. We thank the Time team for its ongoing hard work and passionate commitment.”

In 2017, Meredith sealed the deal on the purchase of Time with the backing of conservative billionaires Charles and David Koch. That deal also gave Meredith People and Better Homes & Gardens.

In addition to shedding Time, Meredith is also attempting to sell Fortune, Money and Sports Illustrated in a move aimed to focus on female-centered audiences.