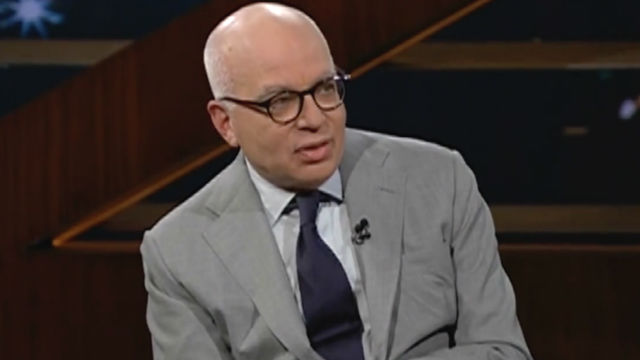 Trump chronicler Michael Wolff responded to criticism alleging multiple errors in his new book by refusing to apologize and calling “bullsh-t” on the whole thing.

It all happened while Wolff was being interviewed for Yahoo News podcast Skullduggery.

The author who previously made headlines with his book Fire and Fury was asked by Yahoo’s Michael Isikoff about a relatively minor inconsistency in his new Trump book, Siege: Trump Under Fire.

“Even if I was wrong, I’m not going to admit it to you,” Wolff said when probed about mistakenly claiming former Associate Attorney General Rachel Brand was nominated by President Barack Obama, not President Donald Trump.

Then, when asked about a bigger inconsistency — the title of the alleged indictment he cites is noticeably different than the one cited by all other DoJ indictments casting doubt on its authenticity — Wolff refused to concede he may have made a mistake.

“Maybe not draft indictments, maybe not this, I don’t know,” Wolff reasoned, not admitting — at all — that he was wrong. “All I am doing is quoting from two things — a document given to me by an incredibly authoritative source, and that two, on the face of it, that is incredibly convincing.”

He was also challenged about the claim made in his book that Michael Cohen was handcuffed in his kitchen for hours the day of the FBI search of his home and office, something that seems unlikely since he wasn’t actually charged on that day.

“I have no idea on the basis on which someone is handcuffed,” Wolff replied.  “I know that the description of the scene that was given to me, again, a very good source on this, had him sitting in the kitchen in handcuffs.”

At one point, the interview grew tense.

“You get all these things wrong and then you ask us to trust you,” Isikoff challenged Wolff.

“No, you get these things wrong,” Wolff shot back.

“This critique is bullshit!” Wolff, whose Trump book Fire and Fury faced similar charges of inconsistencies, then snapped at his interviewer.

At one point, he also touted his special access to the people in the book in defense of his claims.

“I know these people,” Wolff insisted.  “I have an access here that most other people involved in this story do not have.”