Mitch McConnell Dismisses Trump as a ‘Fading Brand’: ‘Sucking Up’ to Him ‘Not a Strategy That Works’ 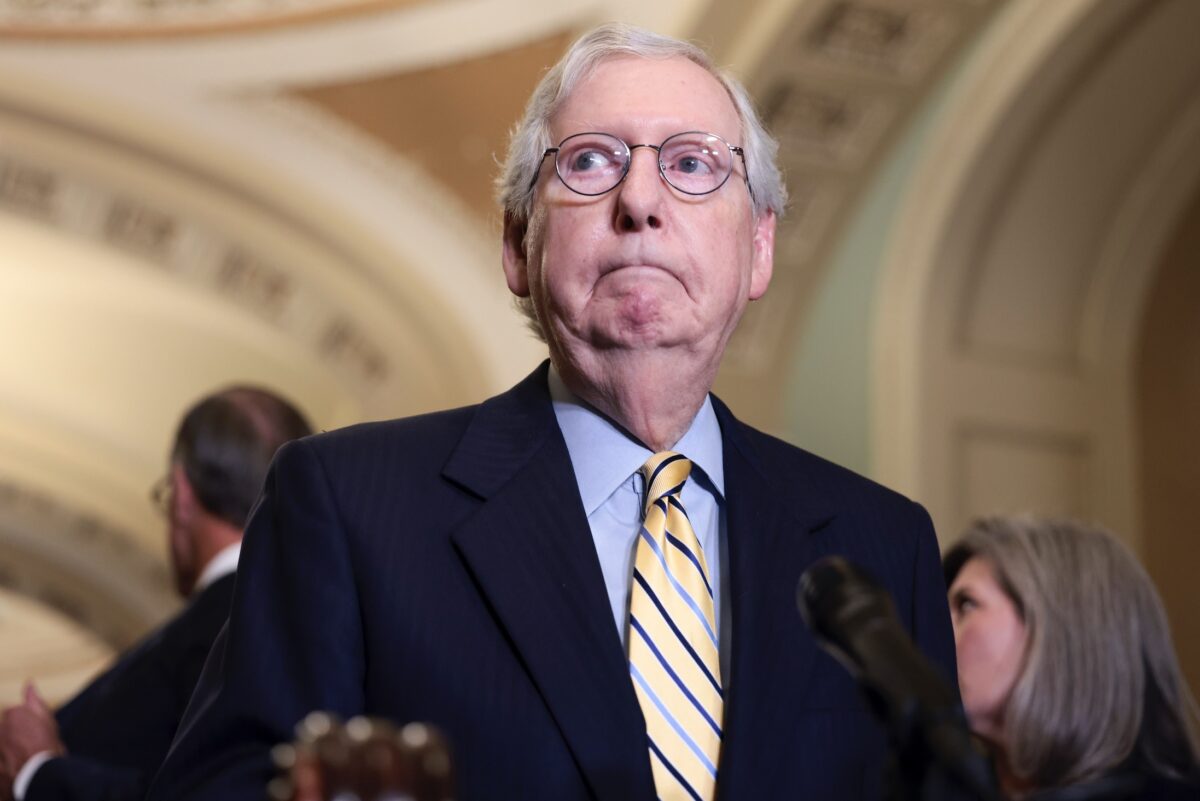 Senate Minority Leader Mitch McConnell is warning the Republican Party that staying in former President Donald Trump’s thrall will not lead to a viable political future.

The Lexington Herald-Leader obtained a preview of Peril, the upcoming book from Bob Woodward and Robert Costa that has already produced a multitude of explosive details on Trump’s last days in office. According to the new excerpt, McConnell is encouraging the GOP to move away from Trumpism, calling the ex-president “a fading brand. Retired. OTTB as they say in Kentucky — off-the-track Thoroughbred.”

“There is a clear trend moving,” McConnell said. “Sucking up to Donald Trump is not a strategy that works.”

The excerpt comes amid recent reports that Trump is trying to devise a plan with his political allies to have McConnell removed from his Republican leadership position in the Senate. If Trump actually does organize a challenge against him, McConnell is apparently not concerned that this is a political threat.

“The only place I can see Trump and me actually at loggerheads would be if he gets behind some clown who clearly can’t win,” McConnell says in the book. “To have a chance of getting the Senate back, you have to have the most electable candidates possible.”