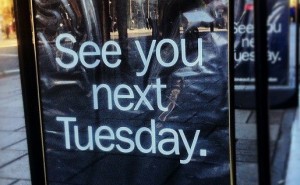 The right-wing media complex continues to try and salvage some dignity from Washington Post reporter Bob Woodward‘s bogus “White House Threat-gate,” trying to extend the story by seizing on an unsourced allegation by a New York Post columnist. Even though Woodward has been thoroughly discredited by his own emails, conservative sites like Breitbart.com and Glenn Beck‘s TheBlaze are seizing on a New York Post column alleging that a White House aide called a reporter “bitch, c–t, a–hole” via email.

Washington Post reporter Bob Woodward tried to take some of the heat off of his own false reporting last week by trying to manufacture a “threat” from White House adviser Gene Sperling, an effort that was foiled when someone leaked the actual email, which was slightly less blistering than your average Mothers Day card. While many mainstream conservatives rightly decided that they’d been screwed by Woodward, the more deranged corners of the conservative media held onto the story anyway.

Over the weekend, New York Post columnist Maureen Callahan lit another flickering can of Sterno under the story by mixing several mild on-the-record claims with one completely unsourced “bombshell”:

Finally, this week, reporters are pushing back. Even Jonathan Alter — who frequently appears on the Obama-friendly MSNBC — came forward to say he, too, had been treated horribly by the administration for writing something they didn’t like.

“There is a kind of threatening tone that, from time to time — not all the time — comes out of these guys,” Alter said this week. During the 2008 campaign swing through Berlin, Alter said that future White House press secretary Robert Gibbs disinvited him from a dinner between Obama and the press corps over it.

“I was told ‘Don’t come,’ in a fairly abusive e-mail,” he said. “[It] made what Gene Sperling wrote [to Woodward] look like patty-cake.”

This is in line, tonally, with what other reporters have experienced, and it will be interesting to see if Robert Gibbs is asked about it in his new role as MSNBC contributor. Communications between reporters and sources can get heated on both ends, but a direct punitive denial of access, if that’s what happened, is significant.

But then, Callahan takes the premise over the shark with this unsourced tidbit:

“I had a young reporter asking tough, important questions of an Obama Cabinet secretary,” says one DC veteran. “She was doing her job, and they were trying to bully her. In an e-mail, they called her the vilest names — bitch, c–t, a–hole.” He complained and was told the matter would be investigated: “They were hemming and hawing, saying, ‘We’ll look into it.’ Nothing happened.”

That, and not Alter’s more substantive complaint, is the headline being pimped by the right-wing media. For the uninitiated, “DC veteran” is the attributional equivalent of Saturday Night Live‘s Secondhand News Guy, and the allegation itself defies belief. There is no reporter, no editor in the world who would not report on such an email. When CBS News reporter Sharyl Attkisson got cursed out by a White House press aide, it was a huge story, and there was no email to verify that story. Coincidentally, Bob Woodward’s threat narrative dissolved because there was an email to verify his story was complete crap. If Callahan’s source has such an email, he should produce it.

The complaints from reporters coming out of the Woodward-work may have some validity, but they are completely undercut by the kind of overselling that has discredited Woodward, and that right-wingers are peddling now. The Obama White House isn’t the first to push back on the media, and it won’t be the last, but this kind of journalism only serves to prove their point.

Update: Robert Gibbs says he doesn’t recall the Alter email. “I have no memory of it – I had a running dispute in late Spring with Newsweek and editors that resulted in me pulling them out of some events – not sure if it was related to that or not,” Gibbs told me via email. What was the dispute with Newsweek over? “I thought they were overly fixated on their belief that Obama couldn’t win working class voters.”