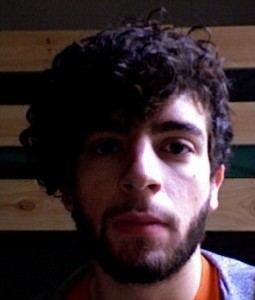 In this week’s New York Times Magazine‘s online preview, writer Benoit Denizet-Lewis explores the world of gay youth in a story boldly titled “Coming Out in Middle School.” The result is a poignant tribute to brave teenagers across the United States and their supportive families and educators — the article represents firm, confident steps in the right direction. But centering such a controversial piece around the painfully candid words and experiences of minors veers dangerously close to exploitation, and despite being such an engaging read, leads me to wonder if it’s not, in fact, wrong. After all, the Society of Professional Journalists’ Code of Ethics states: “Show compassion for those who may be affected adversely by news coverage. Use special sensitivity when dealing with children and inexperienced sources or subjects.”

When a 12-year-old boy matter-of-factly tells his parents — or a school counselor — that he likes girls, their reaction tends not to be one of disbelief, dismissal or rejection. “No one says to them: ‘Are you sure? You’re too young to know if you like girls. It’s probably just a phase,’ ” says Eileen Ross, the director of the Outlet Program, a support service for gay youth in Mountain View, Calif. “But that’s what we say too often to gay youth. We deny them their feelings and truth in a way we would never do with a heterosexual young person.”

And the writer is unafraid to play up the shock factor for dramatic effect:

“When I first realized I was gay,” Austin interjected, “I just assumed I would hide it and be miserable for the rest of my life. But then I said, ‘O.K., wait, I don’t want to hide this and be miserable my whole life.’ ”

I asked him how old he was when he made that decision.

Though it is captivating and obviously heartfelt, the expansive piece (it totals nine online pages and 6,775 words) also features a handful of passages that leave me feeling a tad icky, and more viscerally, protective of the interviewees, nearly all of whom are in their early teens. I have no doubt that the author meant to champion their pride and their cause, but along the way, certain passages (and especially quotes) come off as glib and disrespectful of the kids’ views of sexuality, magnifying their immaturity and forwardness for impact and humor. 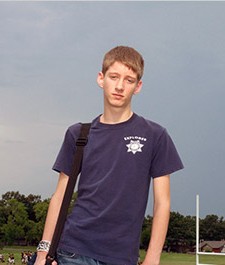 “I believe children should discuss their sexual selves amongst their peers and with mediators, not in the media. Kids are largely too fragile, too fickle and too precious to be utilized in this way.”

But as with all in-depth investigative reporting — in which subjects reveal deep and intimate insights only to have their thoughts and feelings chopped, rearranged and quoted selectively — there exists the question of exploitation. The issue is all the more sensitive when the central characters are children, confounded by the fact that the focus is on sexuality. It’s inherently prickly, and the Times handles it in an expectedly tactful manner. Mostly.

For fear of seeming nitpicky, some caveats: Surely no piece of journalism, especially one of such breadth, is flawless. But on a topic as delicate as this, I believe special, focused attention should be paid by all sides. The piece will doubtlessly spark a huge response, in comments online and in every other forum available, and this is merely one angle of analysis.

First, the story seems a bit… gawky — intended, of course, to surprise, but also likely to unintentionally garner at least some readers for the “absurdity” of it all. In addition, the writer, who himself is homosexual and spent time working at a gay magazine almost a decade ago, does occasionally slip into the Times‘ favorite vantage point: nostalgia mode, in a “Look how far we’ve come and how crazy kids are today!”-sense. But all of that is ultimately easy to overlook when compared to the gravitas of the whole. Interestingly, the journalist and his magazine are so confident in the progress the piece represents and captures that no names are changed, and the article includes photos along with exact ages and school names.

>>>NEXT: The Times takes on bisexuality!