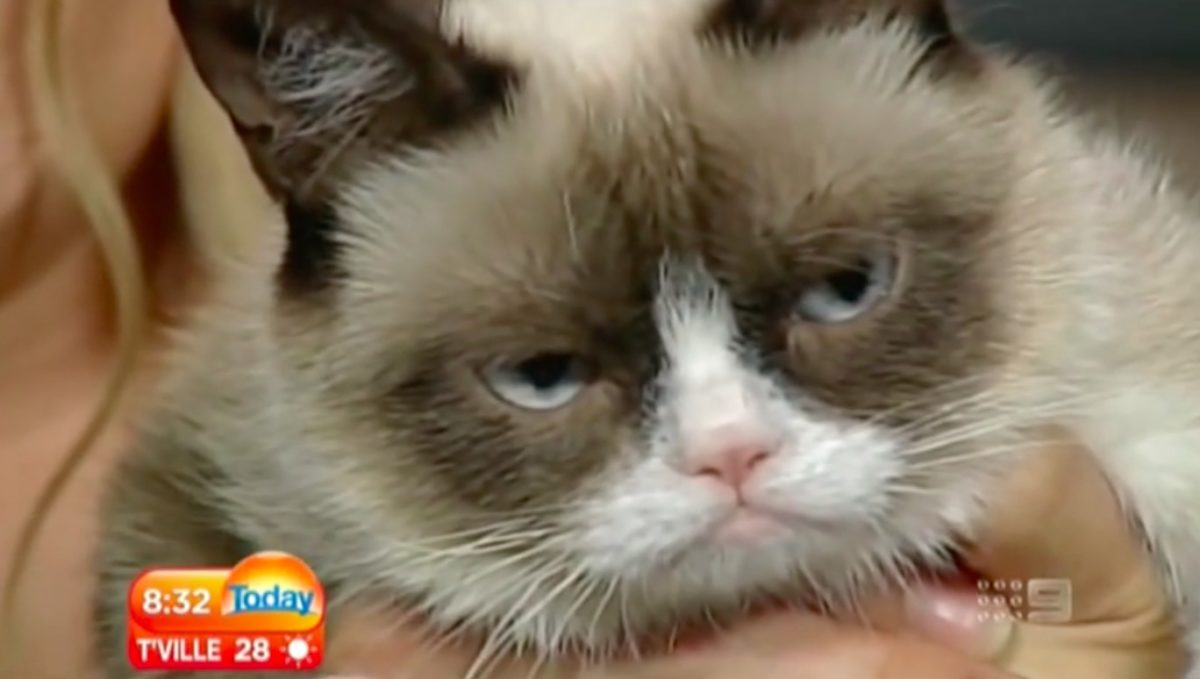 The Internet meme-famous feline Grumpy Cat has died at the age of seven — and his passing was marked with a touching tribute in the paper of record for “the ubiquitous internet celebrity whose permanent scowl spoke for all of us in our darkest moments.”

The New York Times obit noted that the Arizona-based cat — actually named Tardar Sauce — passed due to issues stemming from a urinary tract infection on Tuesday.

“Besides being our baby and a cherished member of the family, Grumpy Cat has helped millions of people smile all around the world — even when times were tough,” the cat’s owner Tabatha Bundesen wrote in a social media post announcing her death.

The feline rocketed to international stardom after Bundesen shared a photo of her on Reddit in 2013 captioned, “Meet grumpy cat.” Memes quickly became popping up all over the Internet with text scrawled over a picture of Grumpy Cat, relating such crotchety feelings like, “The problem with some people… is that they exist.”

That year’s Webby Awards awarded the cat Meme of the Year, and Bundesen cashed in by opening a merch line with hundreds of items and placing Grumpy Cat in various endorsement deals, including with the cat food line Friskies who chose her as their official “spokescat.” Grumpy Cat even had her own book and a 2014 Lifetime Christmas movie, titled, “Grumpy Cat’s Worst Christmas Ever.”

In remembering the meme star one last time, the Times noted “that Grumpy Cat wasn’t grumpy at all” as her owners have previously insisted Tardar Sauce is a “cuddly kitty and loves to be held and rubbed.”