Newsweek On The Cable Wars: With More Free Media, Customers Will Pay

Newsweek On The Cable Wars: With More Free Media, Customers Will Pay 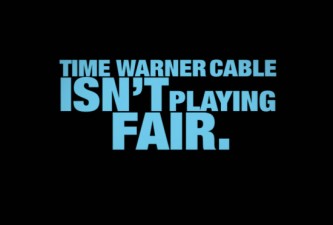 A new column in Newsweek by Daniel Gross examines the new wave of “old-school cable slugfests,” including, but not limited to “Rupert Murdoch vs. the bureaucrats of Time Warner; Scripps vs. the unpredictable Dolans of Cablevision; content vs. distribution.” They’re a sign of things to come, he writes, but they will also hurt consumers, who will be asked to pay more and more for products that are becoming free. Confusing, right?

When Fox threatened to remove its channels from Time Warner if the carrier didn’t fork over $1 per subscriber every month, some (like Gross) saw it as Old Media fighting with itself in a changing market, struggling to find fixed footing. Eventually, the two reached an agreement, but “the same day Time Warner Cable cut a deal with Fox, Time Warner Cable announced a change in rates for subscribers (read: an increase).”

These companies are sniping at one another because of the continuing assault of technology, changing viewing habits, and the fickleness of advertisers. In the past two years, media in general—magazines, newspapers, movies, television, publishing, cable—have been hammered by the recession.
…
Broadcast and cable television face serious challenges. Younger people are spending more time online than they do in front of the tube. Internet advertising is much cheaper than TV advertising. Production costs are high. And the DVR allows people to skip ads. Many of the same digerati who in the 1990s proclaimed online media would kill print media now prophesy that YouTube will kill network television.

Newspaper prices are going up. Movies, too! Gross writes: “There’s never been more free media,” but “because of the success of all these free media, people who like particular media distributed through particular channels are being asked to pay more for it.” The prescription, then, from inside the big buildings and from the men in charge is to not only cut costs, but raise prices. “In a range of media, people are being asked to pay more for the same product (or, in the case of many newspapers and magazines, for less of the product).”

But it’s almost as if Gross is saying that it’s the fault of the early adopters, the tech savvy and those willing to accept lower video quality (Hulu, YouTube) that prices are soaring and will continue to rise. But what about the businesses, whose response to technology is to just raise prices on old products? That does not seem sustainable and could spell eventual disaster, in dollars and cents.

How The Cable Wars Will Hurt Consumers [Newsweek]