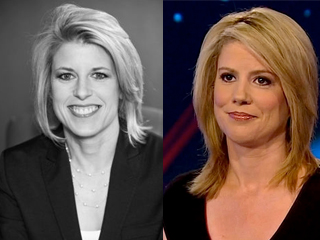 Bill Maher‘s one-man crusade against apologies made a stop in the New York Times this week and has picked up some unlikely allies– perhaps most notableGreg Gutfeld, who managed to call Maher a “ferret wrapped in Saran wrap” while doing it– but he hasn’t convinced all that many people that they should leave him alone. Case in point, a letter in the New York Times today from Democratic analysts Penny Lee and Kirsten Powers, telling Maher to “please start apologizing.”

Citing Maher’s comments against women as “deeply disturbing” (and joking that perhaps, as Alaskans, the two were not used to the typical way women are treated in the rest of the country), the two write that they agree that “partisan-motivated fake outrage” was “tiring,” but that his misogyny was an issue separate from that.

What’s more, the two note that there is a concrete impact on the way women participate in civil society from Maher’s and other’s jokes, which makes the matter distinct from Maher’s complaint of politically-charged selective outrage. “How can we expect women to run for office when they are essentially told to ‘lighten up about’ and accept misogynist attacks?” they ask. “The Women’s Media Center has found that such attacks on women candidates have a measurable negative effect on how voters view them.”

Lee’s and Powers’ letter to the Times can be read in full here.

Update: Another prominent Alaskan you may have heard of weighs in to commend Powers and Lee for both standing up against misogyny and agreeing that Alaska isn’t the sort of place where Maher’s comments are lightly tolerated:

As an Alaskan woman, I completely agree. Women up here do not tolerate the sexist stereotyping and behavior.

Up here, I’m constantly around commercial fishermen who curse like sailors, oil field workers with hardcore blue collar work ethics, tattooed-up soldiers serving on our military bases, long-haul truck drivers, motorheads, hunters and sport fishermen; and yet I don’t know anyone who talks about women the way these misogynists on TV do with their degrading comments, which includes comments mocking those with special needs.