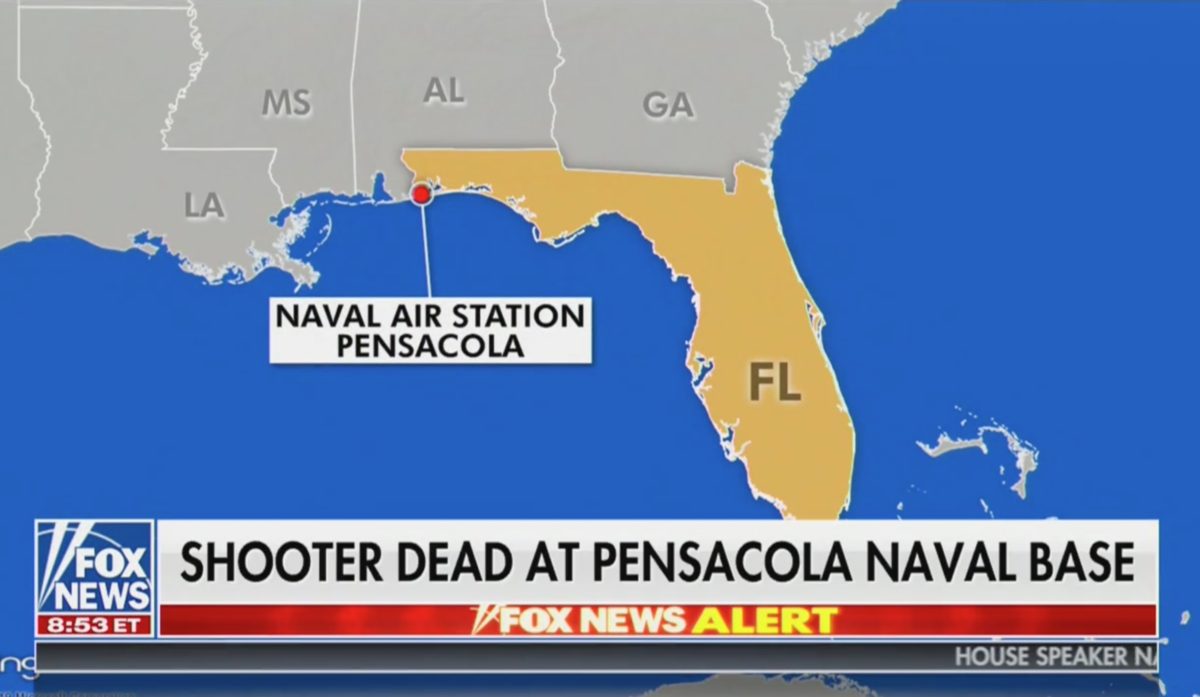 As investigations continue into the Pensacola Naval Base shooting that left 3 people dead, new reports have documented the movements of the gunman in the days before the attack.

The New York Times reports that Mohammed Alshamrani and three fellow Saudi military trainees were in New York City several days before his attack. It is not clear what was the purpose of the trip, though the Times says the group visited Rockefeller Center and “several museums” during their excursion.

The NAS Pensacola shooter is identified as Saudi national Mohammed Alshamrani. Anyone with information regarding his activites is encouraged to call 1-800-CALL-FBI. FBI Jacksonville is not aware of any credible threat toward the Pensacola community at this time. pic.twitter.com/RNc8ZL89WS

One a separate note, the Associated Press has corroborated the Times’ reporting that investigating authorities say the shooter had a dinner party the night before the attack, during which, he aired videos of mass shootings.

The authorities offered no details about the mass shooting videos said to have been shown at Lieutenant Alshamrani’s apartment, nor did they confirm a report that a Twitter account with a name matching the gunman’s had posted shortly before the shooting a screed criticizing the United States as “evil” and quoting Osama bin Laden.