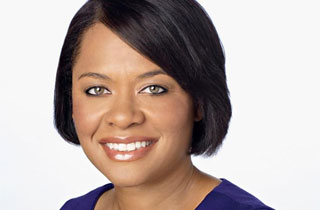 In the 40 years of People magazine’s existence, only one of their editors has been black. And that editor is filing a lawsuit against the paper and its former executive editor, for what she calls a “completely dismissive attitude towards African-American employees.”

Tatsha Robertson, a former editor at Essence magazine, claims that the harrassment started immediately after she joined the paper in 2010: “You need to talk like everyone else here. You’re not at Essence anymore,” she claims the executive editor, Betsy Gleick, told her. Robertson was laid off in May of this year, with Gleick following her soon after, according to the New York Daily News.

According to her allegations, em>People is hella racist:

She says Gleick left her out of important meetings, and denigrated her attempts to do more stories on black people. Robertson said when she pitched a story about an African-American model who’d been killed, Gleick told her the victim looked like a “slut” and the magazine wasn’t interested.

“You know the rule — white suburban women in distress,” she said, according to the suit. She also allegedly said the magazine was only interested in stories involving “white, middle-class suburbia.”

Though the magazine declined to comment on the suit, and the case hasn’t been decided in court, there are a few undisputed facts about the magazine’s diversity:

The suit says a “black individual was the main feature” on the cover “exactly twice” in 2013, when the magazine put out 60 issues.

“In total since 2010, only 14 out of 265 covers have been focused on African-American individuals,” the suit says.

And since 1990, “only three individuals selected as the ‘Most Beautiful Person’ have been black, out of 25 selections.”