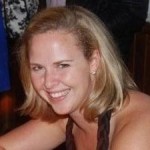 Being Phil Mushnick ought to be exhausting. His “Equal Time” column, a cranky collection of gripes that generally coalesce around the topic of sports media, runs thrice weekly in the New York Post. That’s a lot of outrage for one writer to manufacture!

But it’s not much of a stretch for Mushnick, who exists in a seemingly default state of annoyance that allows him to keep churning out the complaints, each one grumpier than the last. Typically I find his consistency to be almost soothing, like a nursery rhyme played on repeat:

The fancy shoes, they cost too much!
The talking heads, they talk too much!
The playoff games, they start too late!
Now what else can I find to hate?

Tra lala lala. But the Mush-schtick can wear thin, and occasionally it undermines his relevance as a media critic. Monday was one of those times.

Now, there’s no shortage of eye-rolling about Mushnick’s eye-rolling. No kinder a fellow than Will Leitch has referred to him, variously, as a “fundamentalist Christian stick-in-mud” and “the gnattering old guy constantly yelling at the kids to get the hell off his porch”. The sports blog Can’t Stop The Bleeding historically takes a more facetious tack, dubbing Mushnick “The Conscience Of All Sports Media” (capitalization theirs). And it looks like no one has edited the man’s Wikipedia page for objectivity in awhile: “His writing is characterized by its prudish moralizing, attacking of low-lying fruit and general curmudgeonly world view.”

But don’t trust everything you read on Wikipedia! (For one thing, the page solemnly cites as fact an “open letter” purportedly written to Mushnick by ESPN’s Joe Morgan; in fact this “letter” was one of many parodies posted on the satirical blog Yard Work.) Mushnick may be a curmudgeon, sure, but a healthy level of skepticism and a low tolerance for bullshit are practically required for anyone forced to sift through The Media all day. Just ask Slate’s Jack Shafer!

On Sunday, Mushnick filed a column that could be mistaken for a computer-generated algorithmic composite of everything he’s ever written. And I mean that in the most loving way possible! Under a standard headline – “Do ESPN execs really think this is good TV?” – Mushnick excoriated the network for “the way every pitch and every swing, every 2-yard run and overthrown pass was subjected to two- and three-man analysis, over-analysis, discussion, discussion in duplicate, declaratives and superlatives.” (Substitute a few words and that sentence could also apply to any media enterprise ever.) He huffed and puffed about a Willis McGahee touchdown dance. He also made me giggle:

Instead of “Back, back, back . . .,” ESPN’s signature personality, Chris Berman, should go with “Down, down, down . . .” The Top 10 on Wednesday’s “SportsCenter” was the Top 10 Trash-Talking Moments. Seriously. . . . Because the NFL Network is apparently low on better ideas, Joe Theismann has been added as a studio analyst.

That’s the kind of meow-y media criticism I could read all day. (So is this, from a commenter on Mushnick’s weekly general media column in the Post: “Since you like to point out things that are wrong – what about noting the POST’s re-designed web site?”)

But in Monday’s column, Mushnick turned his glare on CBS, which “with the NFL’s help, did all it could to either encourage viewers not to watch – to do something else – or to create recurring distractions that would limit the view.” At first, this sounded like more of the same: Phil Mushnick does not appreciate intrusive graphics, people, and you can ignore that at your own peril. But his whining this time seemed to center around numerous attempts by CBS to pimp its online properties:

During just the first 5:23 of game clock time, CBS’s view-squeezing, along-the-bottom crawl, 12 times begged viewers, and in large type, to forget TV and head for their computers.

Five times in the first 5:23, we read, “Follow all of today’s NFL action with lightning-fast live scoring at CBSSports.com.” Yet, on that same crawl, CBS, throughout the telecast, would post such updates.

Seven times over that same period we were told to head to NFL.com because, “It’s not too late to play free Fantasy Football.” Yes, forget the real NFL game, forget Pats-Jets and play Fantasy Football — before it’s too late!

But none of these people are “forgetting” the Pats-Jets game. They’re supplementing it! Mushnick’s complaints are always fusty, but they’re frequently not wrong. Here, though, he veers into dangerous territory: by refusing to acknowledge the integration of online and broadcast media properties, particularly in the world of sports, Mushnick risks rendering himself irrelevant as a media critic.

Setting aside Mushnick’s lame idea that the occasional televised score updates ought to suffice for everyone – does he get his stock quotes from the ticker crawl on CNBC? – his stance on fantasy football is particularly myopic. According to a recent article in US News and World Report, 27 million Americans play fantasy sports, bringing in an estimated revenue of between $800 million and $1 billion per year. The growth of the industry has given fans a reason to care about games other than the ones involving “their” teams. And for stats geeks or just anyone who has a bet on the game, whether with a buddy or with Vegas, the Internet can provide far more relevant and tailored presentation of statistics than a quick on-screen flash ever will. I really can’t think of a genre that lends itself better to broadcast/online synergy than sports.

Mushnick doesn’t seem to understand how most people consume media. In his universe, no one has a laptop on the couch with them, and a viewer confronted by a suggestion to Check Out CBS.com! reacts by switching off the television, heaving on up off the Barcalounger, and retiring to a different room to log onto the Internet (presumably on a beep bop boop-style modem connected to a desktop PC, or with the help of his children) to explore this new and different world of fantasy football. Actually, I bet that’s just what Mushnick did.

I have no problem with Mushnick’s usual complaints against the ballooning of the modern sports broadcast. He is far from alone on that one: Saturday Night Live aired a segment riffing on networks’ tendencies to litter the screen with network promos, and Bill Simmons’ lengthy piece last year about the causes and consequences of “a historic six-guys-at-the-same-table pregame show” was both smart and funny. Mushnick’s Sunday column, to a lesser extent, was too.

But in Monday’s column, Mushnick conflated interactive addresses with interrupting analysts, and it limited the impact of his argument. He could do better. Instead of casting off the mere presence of fantasy sports and “real-time” updates, why not try to critique their execution?

On second thought, maybe I should be careful what I wish for, or else I may find myself subjected to a year’s worth of columns about Mushnick’s first experience with a pop-up window.