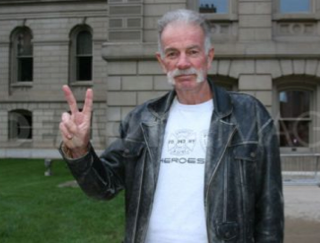 Pastor Terry Jones cashed in on his Warhol-allotted 15 minutes of fame two years ago, in the dark ages of media known as the “Ground Zero Mosque” era of nontroversies. Apparently he is still a person who exists, longing to return to the spotlight, because he has found a niche for himself in the Trayvon Martin tragedy so close to his home base of Gainesville, Florida: holding a rally in support of George Zimmerman, the man who shot the Florida teenager.

The “Where Are They Now?” gem we owe to Dave Weigel, who has spent some time this past week in Sanford covering the way the Trayvon Martin story has affected the community (his gripping account with the people there here). Had he not been around to pick up his copy of the Sanford Herald, we perhaps would have missed an opportunity to remember how terrible it was when Terry Jones hijacked the news cycle with his weird mustache and threats to do a perfect legal and totally grotesque thing, for attention. But now we know that Terry Jones has torn a page out of the Westboro Baptist Church book of “affixing oneself uselessly and leechlike onto a national story, embarrassing the nation with this brazen reminder that you exist.” No word on whether Zimmerman’s lawyers will kindly ask Jones to go away, they have it bad enough as it is, etc.

What exactly will this rally look like? “Rally” implies that there will be more than one person (Terry Jones), and he plans on holding it just five days before the anniversary of the Chernobyl disaster. He doesn’t say exactly what it will look like though, other than the fact it will exist:

Gainesville Pastor Terry Jones announced this week that he will hold a rally in front of the Seminole County Criminal Courthouse later in the month to support George Zimmerman and his constitutional rights. […]

The most recent rally and march were held Saturday along 13th Street where NAACP CEO Benjamin Jealous and the Revs. Al Sharpton and Jesse Jackson led hundreds of people from Crooms Academy of Information Technology to the Sanford Police Department while chanting, “We want an arrest!”

Jones, however, believes Zimmerman is innocent until proven guilty and said the media has not done their job by portraying Zimmerman guilty. Jones, who is best known for his controversial burning of the Koran about a year-and-a-half ago, has said he will hold the rally outside of the Seminole County Criminal Courthouse on April 21 at 1 p.m.

Be there or be… respectable!