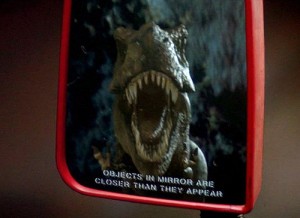 As if voters needed any more evidence to show them where the big guns of “class warfare” reside, ThinkProgress flagged an LA Times report in which donors en route to a $25,000-per-head Mitt Romney fundraiser in the Hamptons hold forth on the cognitive weaknesses of “lower-income people” (which, given the amount of the donations involved, would seem to include everybody but them).

The money quote, however, demonstrates the central flaw in Republican “thinking” about the economy.

From The LA Times‘ Maeve Reston:

A New York City donor a few cars back, who also would not give her name, said Romney needed to do a better job connecting. “I don’t think the common person is getting it,” she said from the passenger seat of a Range Rover stamped with East Hampton beach permits. “Nobody understands why Obama is hurting them.

That goes beyond “Let them eat cake,” into “Damn, these nails ladies are too dumb to get some cake” territory, but it was a named donor who displayed the fundamental ignorance of the GOP’s worship of billionaires: (emphasis mine)

“It’s not helping the economy to pit the people who are the engine of the economy against the people who rely on that engine,” Michael Zambrelli said as the couple waited in their SUV for clearance into the Creeks shortly after the candidate’s motorcade flew by and entered the pine-tree lined estate. “He’s basically been biting the hand that fed him in ’08. … I would bet 25% of the people here were supporters of Obama in ’08. And they’re here now.”

It is this belief, that economic prosperity flows exclusively from a handful of magical “job creators” who will employment into existence with the help of magical tax cuts that haven’t worked, that fuels the Romney campaign, and the GOP. Setting aside the ignorance of the economy’s fundamental interdependencies, between businesses, workers, and consumers, this idea reveals a philosophical underpinning which says that we’re not all in this together, that the richest one percent are carrying the rest of us, and we’re just a drag that threatens to bring the whole thing down.

The economy is a lot like the ecology (they even share the same linguistic root), in that a healthy one depends on the maintenance of a delicate balance. No one is saying that there shouldn’t be rich people, but what President Obama is trying to get the Zambrellis of the world to understand is that they rely on us to buy their stuff, and to make their stuff. Hoarding profits might feel good now, but when they choke off demand for longer than their cost-cutting can sustain, it will be too late to do anything about it.

Rich people are not the “engine” of the economy, but in modern politics, it’s beginning to look like they are the steering wheel, and if you want to know where they’ve got us headed, just look in the rear-view mirror.

Finally, here’s a great exit question from Reston’s piece: how are voters to process this equation, that donating to Romney=good for business, but people knowing you donated to Romney=bad for business?

A money manager in a green Jeep said it was time for Romney to “up his game and be more reactive.” So far, said the donor (who would not give his name because he said it would hurt his business), Romney has had a “very timid offense.”