Grab the latest issue of New York or Fortune magazine, roll it up and smoke it — you might get high. Both are full of weed.

Both titles ran full-length features about marijuana in their most recent issues, taking a look, in their respective ways, at the relationship between marijuana and American law. Both stories notice that marijuana is more legal these days than you might think. But both stories mention The Volcano, a $600 vaporizer. And both make passing jabs at the Reagan era, a backward slide after the pot-smoking progress of the ’70s. 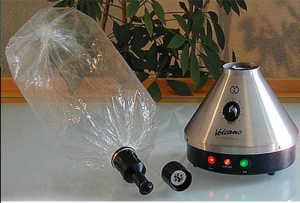 But the [Carter’s federal decriminalization bill] went nowhere, and soon the movement was all but obliterated by the return swing of the cultural pendulum, now known as the Reagan Revolution. There would be no new state or federal marijuana reforms for the next 16 years.

And New York‘s Mark Jacobson, in his feature “The Splitting Image of Pot“:

I pretty much stopped thinking about marijuana as a cosmologic/shamanic/political entity around 1980, that insufficiently repressed beginning of the somnambulant Reagan time tunnel, when grass came with seeds and stems and zombies still skulked Washington Square Park reciting their “loose joints” mantra: “Smoke, smoke … try before buy, never die … smoke, smoke … ”

And there you see the difference between the two articles: Fortune‘s is dry, measured and rigorous; New York‘s is personal, on-the-ground and more insightful than informative. Fortune‘s is the story of medical marijuana policy and businesses, with sub-heads like “Dispensaries – A legal gray area,” and “Taxing and regulating dispensaries”; New York‘s is the winding exploration of marijuana arrest statistics in New York City, which reveal that cops have a special set of rules for pot-smoking black and hispanic people and another set for pot-smoking white people. Guess which is more lenient. 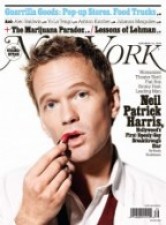 And, yes, New York takes a NYC angle on the story, but that shouldn’t turn you off if you don’t live here because stories about pot are much better when they are full of rich anecdotes from drug-dealers.

Like Francis, the small business dealer based in New York, who makes over $150,000 selling marijuana to New Yorkers in their apartments, who comes off the page as surprisingly professional and pragmatic:

“I hate to say it, but there’s no way I’m hiring a black guy to work for me. The chances of a black guy getting stopped is about 50 times more than a white guy. I can’t afford that. Fact is, pot is legal for white people but not for black people, which is total bullshit.” 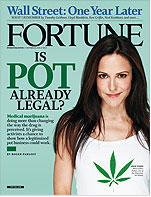 There are also plenty of good anecdotes in the Fortune story, too, but they are of a decidedly more sterile, less exotic variety. For example, Parloff interviewed Harvard psychiatrist Lester Grinspoon, who authored “Marihuana: The Forbidden Medicine” (1997). Grinspoon’s wife gave pot to their teenage son, who had Leukemia, because he suffered from miserable bouts of nausea after his chemotherapy:

Having heard that marijuana could help, Grinspoon’s wife proposed that the couple let their son try it, but Grinspoon refused because it was illegal. His wife then defied him, secretly smoking marijuana with the teenager before one of his treatments. This time there was no vomiting, and in fact, on the way home the child asked to stop for a submarine sandwich. “From then on he used marijuana before every treatment, and we were all much more comfortable during the remaining year of his life,” according to Grinspoon’s account.

Parloff talked to another Harvard professor, economist Jeffrey Miron, while reporting his piece. And while Harvard scholars might have bona fide academic cred, Francis, New York mag’s source, has cred of his own, too.

Which raises an important point from all of this marijuana reportage: When it comes to pot, everyone has something to say. Even Time and NPR (highly recommended) had pieces about weed this summer. There’s definitely something in the air these days. “Could it be that, at long last,” asks Jacobson, “the Great Pot Moment is upon us?” And the answer is a resounding yes — at least at the newsstand.